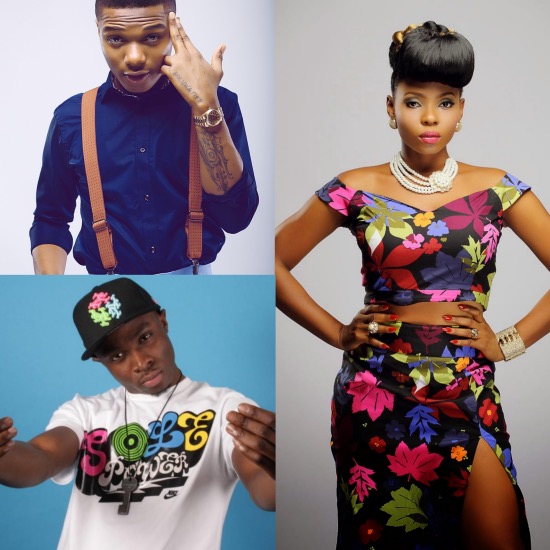 Nigerian musicians Wizkid and Yemi Alade, as well as Fuse ODG, who is of Ghanian descent, recently took to social media to call out BET for disrespecting African artists. The artists expressed disappointment over the network’s consistent choice to give African artists their awards backstage, at a separate ceremony.


Fuse ODG and Wizkid voiced their opinions on Twitter, 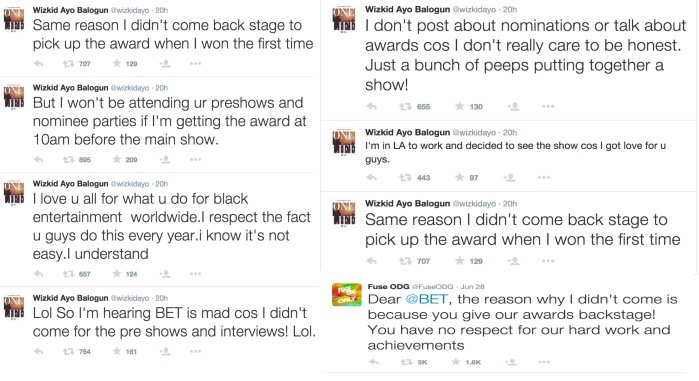 “By the way…@bet_intl AFRICA IS NOT A COUNTRY.!!! ..IT IS WRONG TO NOMINATE HUGE AFRICAN STARS AND PUBLICLY TRY TO HUMILIATE AFRICA.WHY ON EARTH IS THE AFRICAN CATEGORY OF THE AWARDS HELD HOURS BEFORE THE “MAIN EVENT? IF AFRICAN ARTISTS ARE NOT WORTHY IN YOUR SIGHT.”

She also criticized BET for giving an award to Ghanaian singer Stonebwoy, whom she felt was undeserving.

While the criticism seems like a cultural disconnect, the statements from these artists are similar in sentiment to statements made by Azealia Banks and Dev Hynes after BET Award nominees were announced last month. Both artists blasted the network for only focusing on mainstream black artists, and not promoting alternative talents. 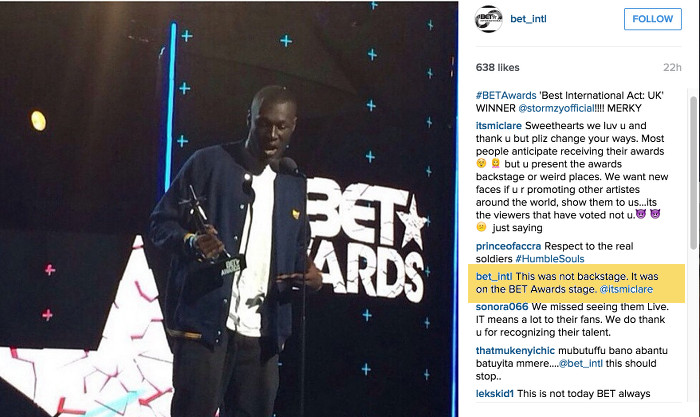