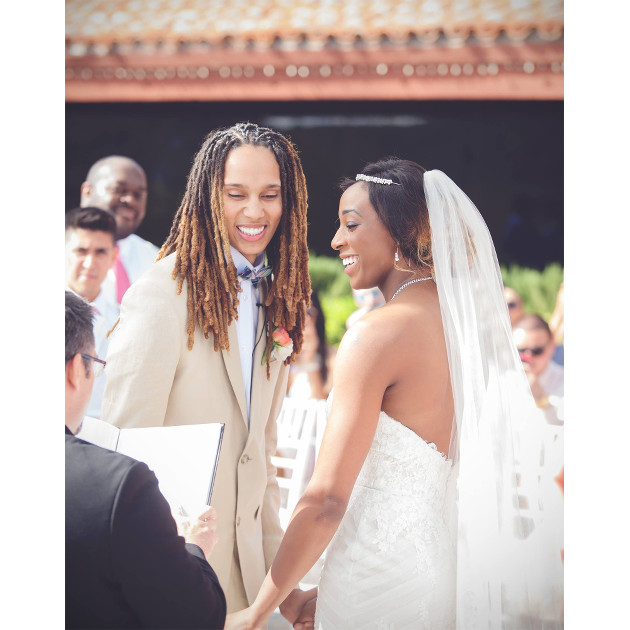 According to PEOPLE Magazine, WNBA stars Brittney Griner and Glory Johnson, tied the knot in an intimate setting in Phoenix, Arizona, in front of 75 guests. Griner sported a tan suit and white Converse sneakers, while Johnson wore the classic strapless gown she had picked out during her appearance alongside Griner on an episode of “Say Yes to The Dress,” which aired earlier this year. 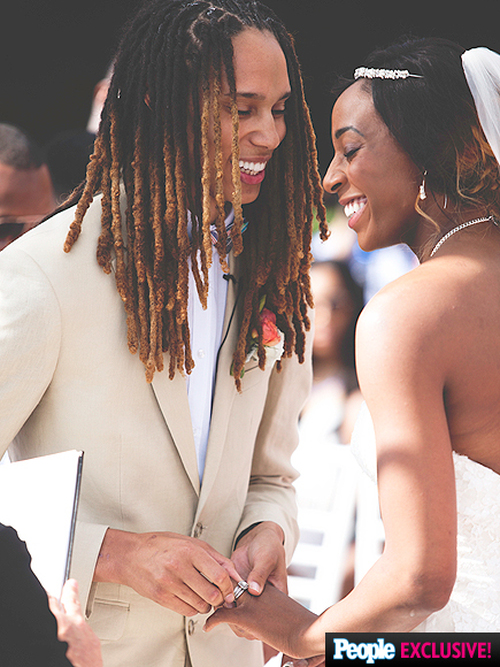 The nuptials took place just two weeks after the couple made headlines for a domestic violence incident, during which a 911 call was placed and arrests were made. Griner accepted a plea deal on April 28th which includes mandatory counseling, while Johnson has voluntarily entered a counseling program.

“It is never OK for an argument to turn physical,” Griner said in a statement released through her attorney. “This will never happen again, and I take my relationship and my responsibility as a role model seriously.”

“I am committed to making positive changes and I plan to use what I have learned to set a good example and help make a difference in the world around me,” she added.