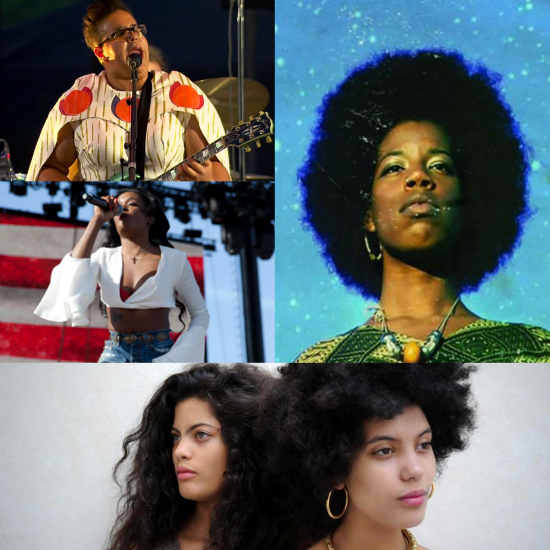 Little Simz- “Is This Freedom?”

On the three-minute track, the rapper spits about perspective, asking repetitively, “what does it mean to be free?”

SassyBlack-  “Stay Up With Me (Love Yourself) &”Any Thang You Want”

Dropping mixtape Me and Mine (Cute Chicks) back in February; now gifting us with two spanking new tracks.

Formerly rocking with PYYRAMID, it seems Drea Smith has transitioned into a solo career. Check out her latest.

London based artist, Denai Moore, giving us this simple yet moving live rendition of “Never Gone.”

A pleasurable blend of soul-funk sounds.

Sam Dew, a Chicago born, New York based singer-songwriter is finally stepping out on his own. The artist who has worked with the likes of Mary J. Blige, Estelle and Rihanna has served up an array of r & b melodies ranging in themes from earnest wanting to a destined love on “Air.”

A very cool, 80’s-style track from the creative producer and musician.

The often controversial artist is in her element with this killer live performance.

Lead singer Brittany Howard laid down some serious vocals during this live performance.

The French-Cuban sibling duo led their unique sound to a great remix that pays homage to their Latin roots.