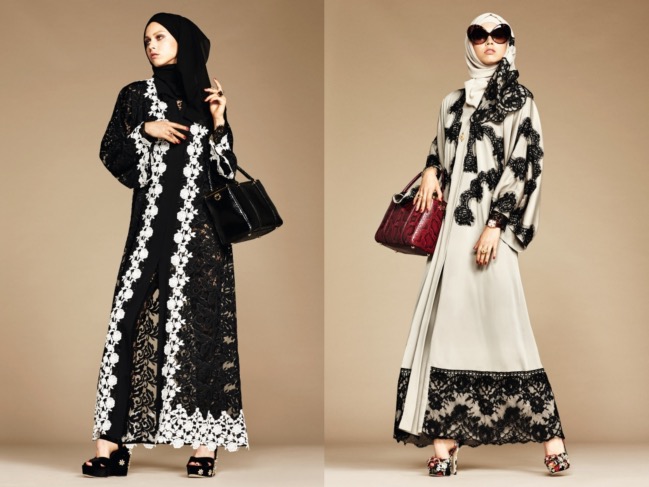 Pierre Berge, the co-founder of Yves Saint Laurent Couture House and the former life partner and business partner of Yves Saint Laurent, until the designer’s 2008 death, is causing quite a stir with his recent comments. During an appearance on Europe 1 French, Berge made several comments admonishing designers like Dolce & Gabbana and Uniqlo for releasing lines that cater to Muslim buyers.

“Creators should have nothing to do with Islamic fashion. Designers are there to make women more beautiful, to give them their freedom, not to collaborate with this dictatorship which imposes this abominable thing by which we hide women and make them live a hidden life.”

“Renounce the money and have some principles,” he declared, lashing the new fashion for “modest” Muslim-friendly lines.

His comments came as the French families minister, Laurence Rossignol, sparked outrage on social media as she compared women who followed this trend with “negroes who supported slavery”.

Her office later told AFP she had not intented to cause offence but was referring to an abolitionist tract by the French philosopher Montesquieu, “De l’esclavage des nègres” (“On the Enslavement of Negroes”).

Berge, who contends that he is not Islamophobic, but merely passionate about women’s empowerment continued,

“In one way they are complicit, and all this to make make money. Principles should come before money,” Berge argued.

“In life you have to chose the side of freedom,” he said. Rather than covering women up, “we must teach (Muslim) women to revolt, to take their clothes off, to learn to live like most of the women in the rest of the world.

“It’s absolutely inadmissible. It is not tolerable,” he told the radio station.

While Berge might be right about brands being motivated by money, his call for a revolution ignores the frequent discrimination and abuse that hijab and abaya-wearing women living in the West frequently face.

Uniqlo’s Hijab Collaboration Line is Coming to the U.S and the U.K.

Muslim fashion is big business and major retailers are increasingly expanding their offerings to include their Muslim shoppers. Last year, Japanese retail giant Uniqlo teamed up with Muslim blogger and designer Hana Tajima to offer an original line clothing based on Tajima’s popular personal style.