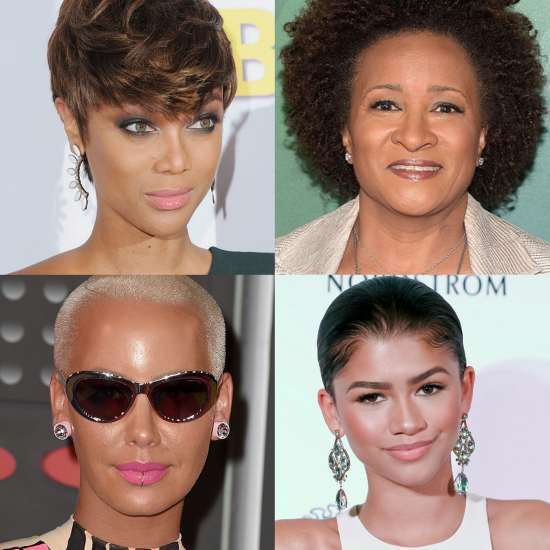 It looks like Black-ish has a slew of female guest stars planned for the coming weeks and months.

First off we have Zendaya, who will make an appearance on the show on October 14th. In an episode titled “Daddy’s Girl,” she’ll be playing a friend of Zoey’s (Yara Shahidi) who also develops a bond with Dre (Anthony Anderson).

“My character connects with Anthony’s character because she hasn’t had a dad in her life,” Zendaya tells PEOPLE. “So I had some great scenes with him.”

This month, Amber Rose will also guest star. Rose will play Dominique, an ex-girlfriend of of Charlie’s (Deon Cole). Dominique pops up after Charlie gets stuck babysitting Dre’s kids.

“Anthony Anderson knows I’m really passionate about acting and he saw my movie Sister Code that I was in this past year and he gave me a chance,” Rose tells TVGuide.com of how she got the part. “And I love it here!”

Come December, Comedian Wanda Sykes will heading over to Black-ish for a recurring role.

According to The Hollywood Reporter, Sykes’ character will be shaking things up at Dre’s place of work, Stevens & Lido. She’ll be playing Daphne Lido, the ex-wife of one of the company’s founding partners. As part of the divorce settlement she gains partial control of Stevens & Lido, and decides to insert herself into the company’s affairs.

Tyra Banks, who will be guest starring in early 2016 as a longtime friend of Dre’s. According to EW, her character will be a version of herself.