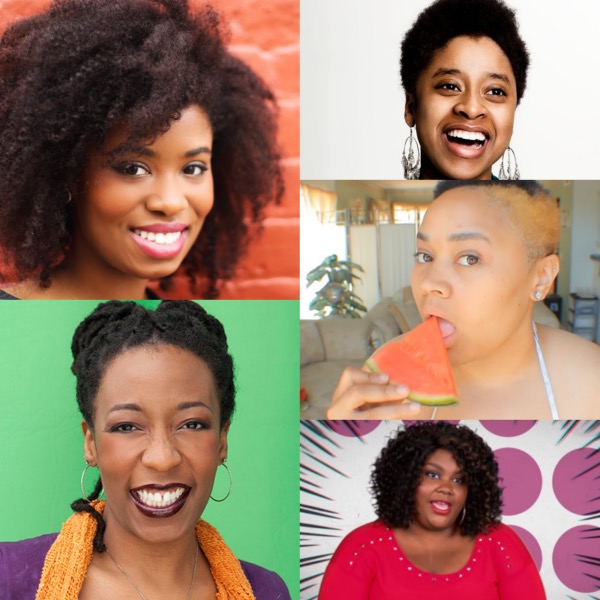 Some months ago, when a jury failed to indict Michael Brown’s killer, all I could do were those two things to process my pain. I stayed listening to my favorite artists and I binged on all things comedy-from the funny ladies compiled below and to funnymen alike. Most of the comedians listed are as different as night and day but are all talented in their own right. Would we be asking for the moon, if say, worlds were to collide and some of these ladies collaborated in 2015? It would be comedic genius- only time will tell.

Issa Rae popped on our radar when she created and starred in the Youtube hit “The Misadventures of Awkward Black Girl.” Finally, audiences were blessed with a quirky and witty black female lead, never mind that the episodes were being broadcasted via the internet. With a loyal following Rae has since capitalized on her popularity. Her latest project finds her teaming up with The Nightly Show’s Larry Wilmore, recently selling HBO a comedy pilot. She also recently released her first book of essays, The Misadventures of Awkward Black Girl.

We’re big fans of Jessica Williams. The actress and comedian has been on point with her funny yet sobering observations on some serious topics from street harassment to stop and frisk on The Daily Show. Some were surprised (few people of color on the show) to see Williams on last season’s Girls, where she played Hannah’s cool co-worker. The future looks bright Jessica even though her boss John Stewart at The Daily Show has decided to call it quits. The change up at the network could mean more responsibility for Williams. Yes, please!

Ms. Hughes is one that wears many hats. Like she’s quipped, “I live in New York, what don’t I do?” She’s a comedian at Upright Citizens Brigade (New York), a writer, vlogger, among other things.

Looking back I wonder why it took me so long to find out about the ever opinionated vlogger, writer, and just awesome person Franchesca Ramsey. I admit to only knowing about Franchesca, aka Chescaleigh through her hilarious video “Sh*t White Girls Say…To Black Girls.” I can always count on her YouTube channel for a good laugh. Ramsey has especially been vocal about social issues with spot-on commentary.

The YouTube star has quite the following over on her Quierd and HartBeat channels. Much of what I love about Hart is her natural affinity toward making us laugh as well as her charmingly down-to-earth nature. Hart is never afraid to show a little skin for the sake of a joke, all part of not taking herself too seriously.

Nicole Byer is most known for her gig on MTV’s Girl Code. Some may also know her from the miniseries Pursuit of Sexiness, a show created by herself and SNL funny woman Sasheer Zamata. Her tell-it-like-it-is and at times self-deprecating humor is refreshing.

Yet another funny woman from MTV’s Girl Code. Phoebe lends her talents as a writer of the show. Robinson also created a blog called Blaria, yep, Black Daria.

Many of you know Liza as the young woman who was tragically struck by a train late February of last year. Thankfully, Dye has recovered and of course she’s found ways of incorporating her unfortunate event into her comedy routine. The young comedian has since transplanted to Los Angeles, keeping busy in her field of work.

I do love me some Loni. I started following Loni’s antics on Chelsea Lately. Loni has since scored a gig on CBS’ The Real, where she accompanies an all-female panel.  They dish on all things relationship to the latest in pop culture.