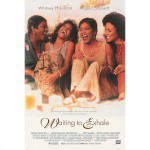 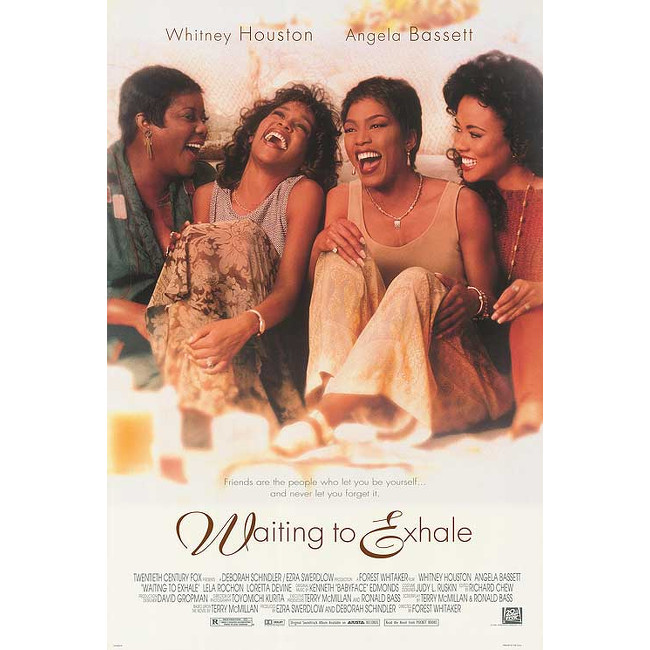 Waiting to Exhale turns twenty today. The film, which opened in theaters across the United States in 1995, was directed by renowned actor Forrest Whitaker and went on to earn $81,452,156 worldwide.

Waiting to Exhale’s success shocked critics. Many were surprised that a film lead by black women in an all-black cast could garner such attention.

Despite it’s mainstream success the film has a degree of cult status for millennials, many of whom might have been too young to see it in theaters when it first came out.

Like many young black girls, I first watched the movie years after its release, on cable, and instantly became hooked. There was something so enthralling about seeing this cast of mostly middle-aged black women bare their souls. It was a rare moment in black film. If there was a Bechdel Test for black women, most movies wouldn’t pass. Black women characters, even in films directed and written by black filmmakers, often fall victim to trope-y dialogue. The living room scene in Jungle Fever comes to mind. Other times their pain, frustration, degradation, and mere existence is reduced to a plot device.

Waiting to Exhale didn’t make black women’s pain a spectacle. Instead it approached suffering with realism, humor, and a touch of camp by depicting relationships between black women who supported and cared for one another.

Angela Bassett’s portrayal of Bernadine is iconic. Her amazing skill as an actress created a character that was both sympathetic and imbued with a powerful presence. Even if your life was nothing like Bernadine’s, you felt her frustration and her hurt. Years later, that infamous car fire scene is the ultimate gif-able moment.

Bernadine has even been memorialized in painting form. 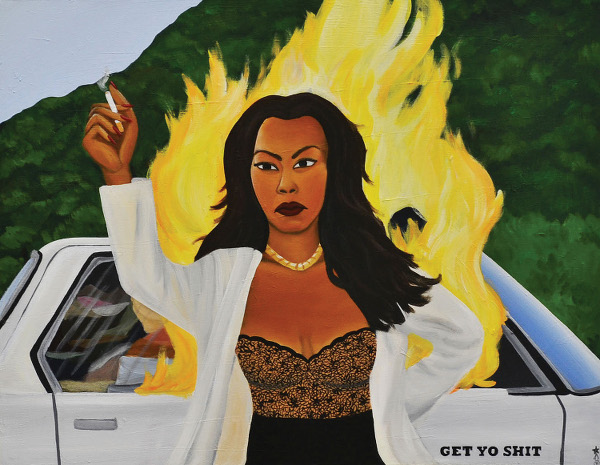 Like many films of the 90’s, Waiting to Exhale took the issue of black men’s relationships with white women head on. In the opening scene Bernadine learns that her husband is leaving her for his white secretary. At another point in the film, Robin delivers that iconic line from the balcony. 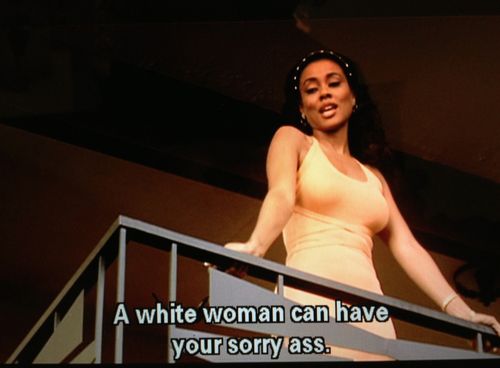 While the film’s handling might have come off as heavy-handed, it also depicted the kinds of conversations that girls my age would often overhear when amongst our mothers and aunties.

Since that first viewing in the late 90’s, I’d estimate I’ve seen Waiting to Exhale at least a hundred times. And while I’m still considerably younger than the main characters, at different points in my life, scenes from the film have taken on different degrees of significance. And, twenty years later, I’m still yearning for more films like it.