Afrofuturism and Its Influence for the Spring 2014 Season.

While Afrofuturism is largely a literary and cultural movement by African people and people of the diaspora, it’s impossible to ignore its influence on the Paris runways for the Spring 2014 season.
Designers who live and work in Paris have always been heavily influenced by the growing African immigrant population in France. The influence ranged from Yves Saint Laurent’s Northern African inspirations in the 1970’s, to Kenzo, Issey Miyake and other Japanese designers in the 1980’s, to Gaultier’s Western African references in his early aughts collections. In 2010, African prints and African-inspired prints made a huge comeback and have continued to appear at all facets of fashion, from high fashion to high street. For the upcoming Spring 2014 season, however, the African influenced aesthetic has gone futuristic and now features minimalist prints, often in neutral colors and sharp, minimalist metal accessories in silver and chrome as opposed to gold and brass. The greatest examples of this were McQueen and Givenchy. Expect to see a lot of black and white, solid black, and black and brown for the upcoming season, as well as muted and abstracted versions of African prints.

Here’s how to shop the trend now: 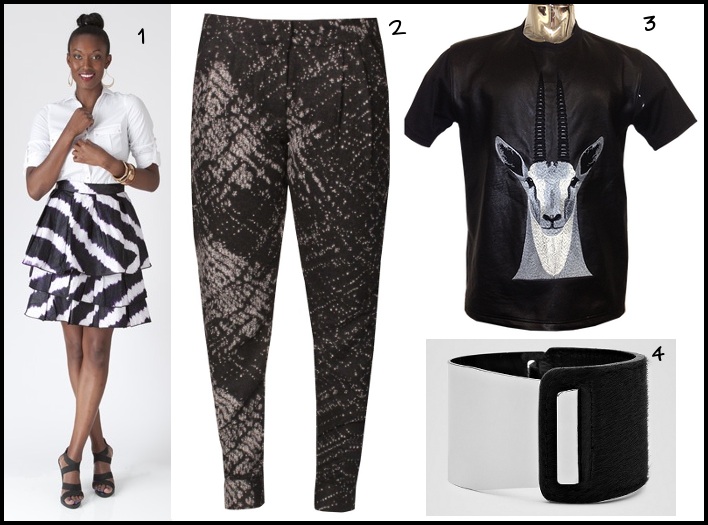 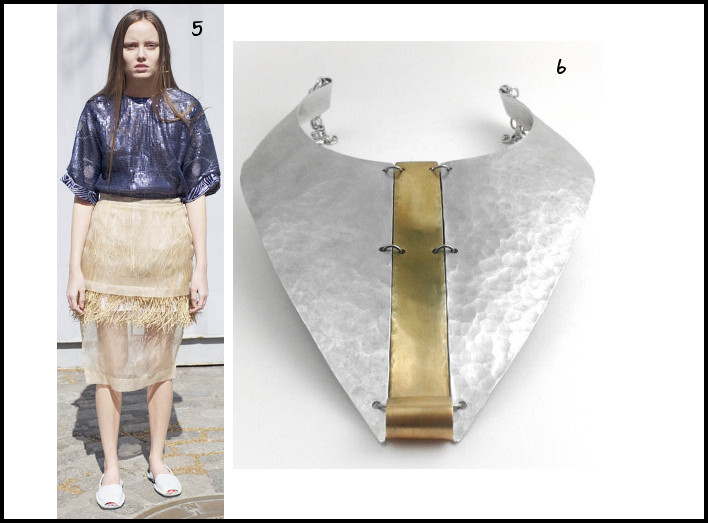 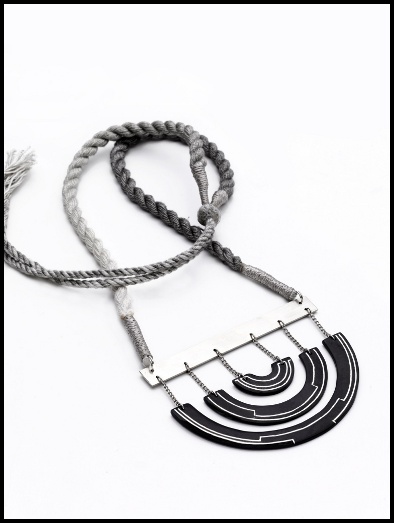 Shanti Necklace in Silver and Grey by Aunterra, $223.00 at Not Just a Label.
SHARE
by superselected