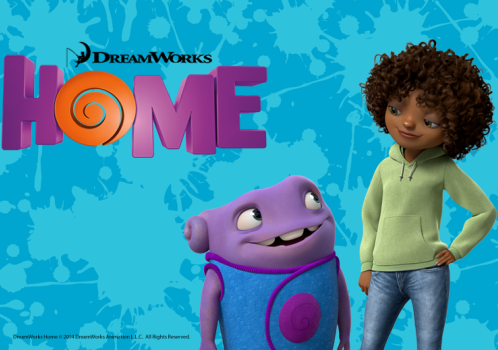 Yep, you read that right. In addition to lending her voice to the animated film’s title character, Rihanna will also be releasing a concept album of original songs for “Home”. According to a press release:


“When Earth is taken over by the overly-confident Boov, an alien race in search of a new place to call home, all humans are promptly relocated (Captain Smek optimistically declares “Relocation is fun and mandatory!”), while all Boov get busy efficiently reorganizing the planet (“You’re welcome”). But when one resourceful girl, Tip, (Rihanna) manages to avoid capture, she finds herself the accidental accomplice of a banished Boov by the name of Oh (Jim Parsons). Equally stubborn and set in their ways, these two fugitives realize there’s a lot more at stake than intergalactic relations as they embark on the road trip of a lifetime. Good thing they have a flying car.”

The animated feature, based on Adam Rex’s children’s book “The True Meaning of Smekday”, will hit U.S. theaters in November 2014. There isn’t a lot of promotional media for the film out yet, except for this short film which dropped last month and features some of the alien characters.