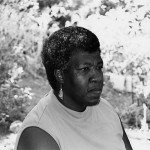 Open Road Integrated Media recently announced two previously unreleased short stories, “A Necessary Being” and “Childfinder”, by Octavia Butler will be included in an upcoming collection of works by the author titled “Unexpected Stories”. Octavia Butler (June 22, 1947 – February 24, 2006) was a prolific African-American science fiction writer. Some of her best known works include Lilith’s Brood

. “Unexpected Stories” will be released as an e-book on June 24th with an introduction by best-selling crime writer Walter Mosley.