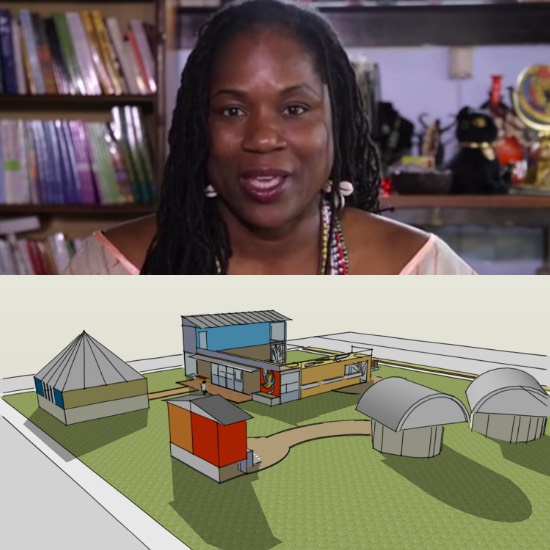 After the 2007 death of her son, Shamayim ‘SHU’ Harris, also known as “Mama Shu” decided to channel her grief into helping her community. In 2011, after the streetlights on Harris’ block were torn out due to a lack of funding, she turned to the nonprofit Soulardarity, and worked to the community to purchase solar streetlights, which are almost free to run. Harris, who is a longtime resident of Highland Park, a smaller city within Detroit, wants to take her advocacy to the next level with Avalon Village, a sustainable ecovillage.

In a promotional video for Avalon Village’s crowdfunding campaign, Harris notes the excessive blight in the area, resulting in a high number of vacant lots, abandoned buildings and a lack libraries, schools, and other public buildings.

Her plans for Avalon Village include a Greenhouse-To-Cafe Food System, a K-12 academic support center, a healing house that features practices such as reiki, yoga and massage, and much more.

With 8 days left for her campaign, Harris has raised just under 50% of the funds needed for Avalon Village, which she hopes to start constructing later this summer. Support Avalon Village on Kickstarter.