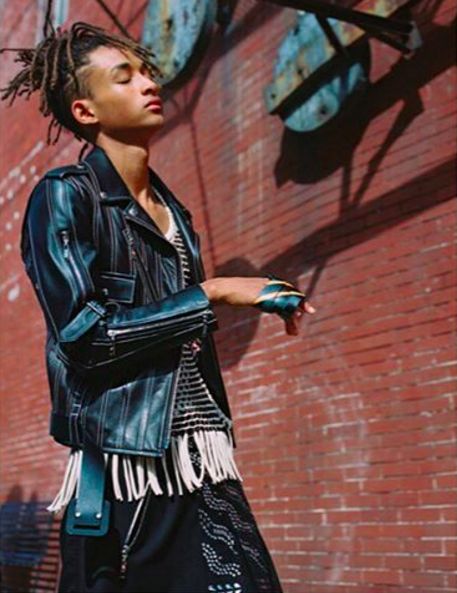 The 17-year-old has made headlines in the past for his boundary pushing fashions, which have included kilts, dresses, and superhero suits.

“I like wearing super drapey things so I can feel as though I’m a super hero, but don’t have to necessarily wear super hero costumes everyday,” Smith said in an interview with GQ, last summer.