by superselected · Diversity in the Fashion Industry, Fashion-News, Vogue · 03 Sep 2015 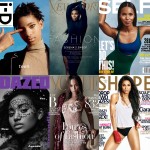 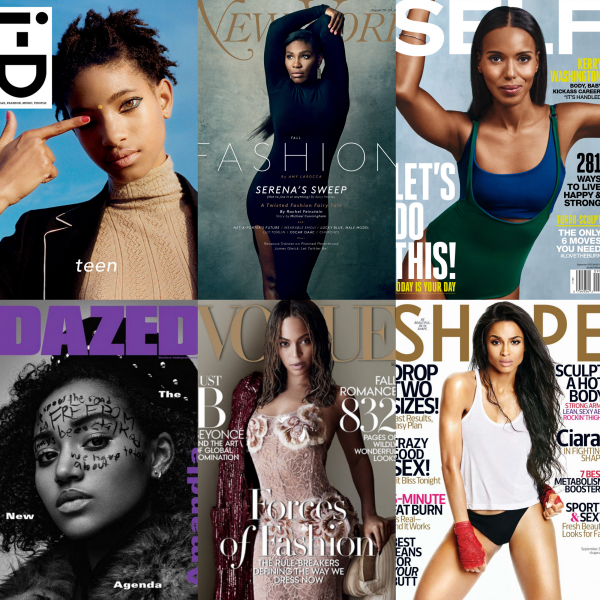 Fifty years since Donyale Luna became the first black model to appear on the cover of Harper’s Bazaar, the same debate still rages. Will consumers purchase a “mainstream” publication with a black women on the cover? Luna’s appearance caused advertisers to pull their ads from the publication, and owner and publishing magnate William Randolph Hearst was reportedly outraged.


While, clearly there has been some change in the fashion and publishing industries since the 1960’s, progress has come at a snail’s pace. Black models and media personalities still occupy covers during slower months, when magazine’s expect fewer sales, and ad campaigns are nearly completely white.

Over the years, there have been many milestone covers. Oprah famously covered fashion bible Vogue in 1998. Since then, Jennifer Hudson, Rihanna, Liya Kebede, Lupita Nyon’o, and Serena Williams have all snagged covers. Michelle Obama covered Vogue in 2013 and 2014, in April and March, respectively. Her 2014 cover marked a major turning point for how publishers view the black women on magazine covers. The issue sold about 300,000 copies at newsstands, while Beyonce’s cover the previous month moved around 355,000 issues. Both figures were in line with Vogue’s average monthly sales. Lupita Nyongo’s July cover that same year, also saw strong average sales.

This time around, magazines have taken the final leap — the September issue. Considered one of the most significant issues for any fashion publication, especially Vogue, September issues generally contain the most ads and tend to either play it safe or make a huge splash. This year saw 5 black women on the covers of major mainstream American publications, Beyoncé and Ciara are on the Vogue and Shape, Kerry Washington covers Self, while teen talents Amandla Stenberg and Willow Smith are on Dazed & Confused, and i-D Magazines. Serena Williams covered New York Magazine for a killer editorial in the previous month, and Lupita Nyong’o is rumored to be covering Vogue’s October issue.

Many publications are also making their online offerings more inclusive by hiring black digital editors and featuring black beauty tutorials and articles. While many have decried that publishing is “dead,” this supposed death has spurred editors to try new things to remain relevant. Hopefully rapid shifts in social media, as well the rise of independent media, will continue to result in even more black face on covers and behind the scenes.