Lupita Nyong’o Schools Vogue on the Inspiration Behind Her Met Gala Hair. 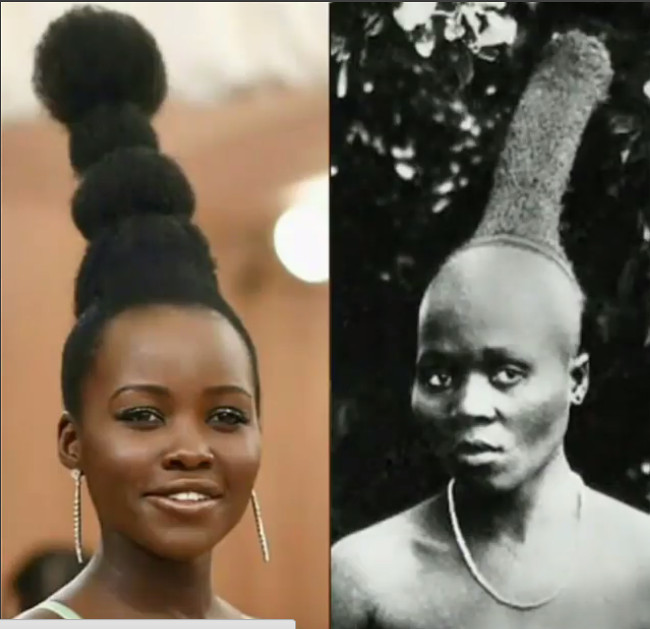 Academy Award-winner Lupita Nyong’o definitely had folks talking when she appeared at the 2016 Met Gala on Monday in a glittering green dress and a towering hairdo. While some described the look as Afro-futuristic, Vogue was quick to claim that Audrey Hepburn served as inspiration for her unique hairstyle.

Nyong’o who is of Kenyan descent decided to put any speculation to rest via an Instagram post, where she credited her hairstylist Vernon Francois, and also tagged Vogue as a heads up.

As writer Tanya Basu also points out for NPR, the African origins of Nyong’o’s hair are more than apparent for those of us in the know.

In the African past, sculptural formations of hair signaled status and wealth. “There’s that sense of adornment, but it can have meaning,” Tharps says. A towering hairdo has historically signified a person’s tribal background, rank in society — or a wife’s ability to live a life of leisure because of her husband’s wealth. Some of these styles can be seen in the late Nigerian photographer J. D. ‘Okhai Ojeikere’s anthology of nearly 1,000 Nigerian women’s hairstyles: elegant, braided, complex, architectural masterpieces.

The design of the hair itself is an arduous process, involving hair extensions and styling to sculpt the hair. Nyong’o’s hair is usually cropped short, so Tharps believes extensions were used to erect her Met Gala showstopper.

Hair extensions themselves are deeply ingrained in African society: In Hair Story, Tharps and her co-author, Ayana Byrd, wrote about extensions in the 1400s, when men would cut off their wife’s hair and weave it into their own to impress others in society with their hairy power.

The hit of Monday night’s Met Gala was clearly actress Lupita Nyong’o’s hair. Nyong’o, who was raised in Kenya, styled her hair into what some outlets described as ” Whoville hair,” a reference to the quirky hairdos in the town Dr. Seuss invented in How the Grinch Stole Christmas.