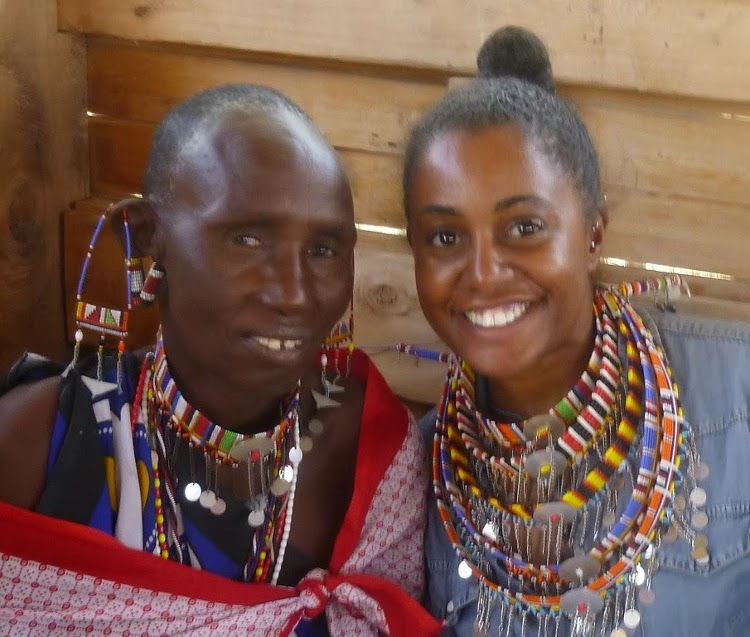 Tereneh Mosley is a fashion designer, educator, and the founder of Idia’Dega, an eco-conscious fashion line based in the United States. In late 2013, Mosley traveled to Olorgesailie in southern Kenya, 40 miles southwest of Nairobi.

She met with the Olorgesailie Maasai Women (OMWA) and collaborated with them to create a 10-piece collection, Tomon, featuring clothing and accessories for men and women.


Tereneh Mosley has often stressed, while promoting Tomon, that the collection is primarily a creative collaboration among artists in the interest of sustainability and fashion that also provides support to the Olorgesailie Maasai Women — not a charity endeavor, making Tomon a very unique project. Read below, as the Mosley describes the design process, in her own words.

This is a true collaboration. I went to Olorgesailie and visited the women over several weeks, many times simply sitting in their shop area and observing their work – beading, talking, selling their work to the tourist that come to visit. Most of the women only speak Maa, the Maasai language so we spent a lot of time communicating and learning about each other non-verbally. After several weeks and with some translating when an English speaker was present, the women agreed to begin working on a collection with me. So instead of my 1-3 times a week visits, it meant I had to relocate to Olorgesailie, which also meant living in a hut, with no electricity or running water. Which may sound like a hardship but it actually was a revelation.

Our first day of design brainstorming began with a brief lecturer by me. As a former professor at Parsons and visiting scholar at Yale-NUS, creating a presentation and talking is my MO. I began by showing them the images of designers like Dior, Pucci, Givenchy and others who have been inspired by Africa and the Maasai specifically. I was amazed as we moved image by image to see the women point at my laptop screen saying, “Maasai!” They were amazed to see their designs reflected on the runway and glossy magazine pages of Europe, the United States and Asia. At the end of the presentation Elizabeth Kilakoi, one of the women who speaks English in the group said, “We can do that!”

We began by laying out paper and colored pencils on the tables of their studio. At which point most of the members of OMWA began laughing out loud. As a teacher I was used to being laughed at, especially when I am not trying to be funny. When I asked why they were laughing Ms. Kilakoi said, “You see most of us did not attend school and have never even held a pencil.” I stood shocked, I was looking at women ranging in age from 16 to 80, trying to imagine my own life if I had never held a pencil. After a long pause I said, “Okay ladies, you’re talented, smart and beautiful. Just put the color of the pencil, where you would put a bead.” They laughed again and began to work, though a dozen would huddle around one piece of paper drawing, discussing all together. As the day wore on however, the entire studio was filled with women designing, most drawing and writing for their very first times in their lives. After one week of work, we had so many design ideas, we literally had run out of paper. 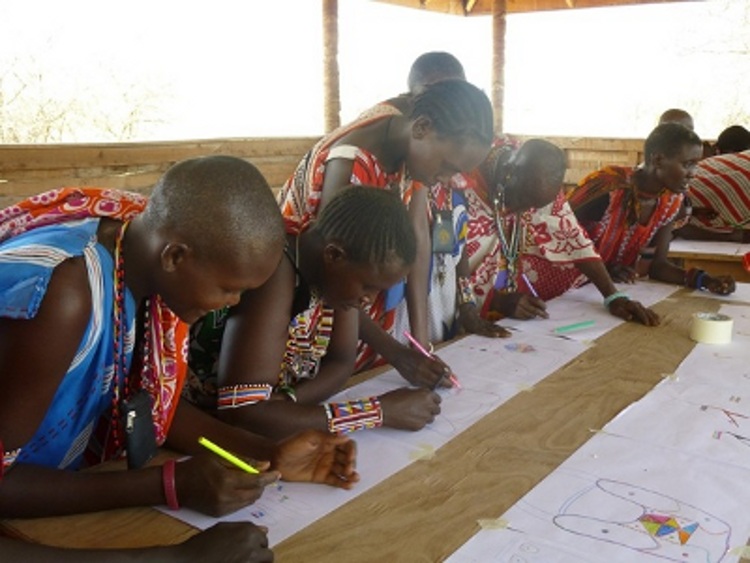 For weeks we met and developed the ideas and then designs for this collection. Our scheduled meeting time was 11am, which seems late until you consider all of the work that had to be done before the women could reach the shop. These tasks included: gathering water, caring for livestock (goats and cows, mainly), feeding the family and then finally, walking to the shop – which for some women was miles from their home. All of this could easily take hours to do. In fact gathering water was one of the most difficult and time consuming tasks of their day. I had a small taste of this as my hut did not have running water, I too had to walk but not far distance to get the water I needed for the day to wash dishes, clothes, to function in general. So as a result many days the entire group would not gather until 12 noon. We always began with whoever was around at 11am and added the thoughts and ideas of those that came later, as needed.

The collection we called Tomon, tomon means 10 in Maa. The Tomon collection is a ten-piece eco-fashion collection of apparel and accessories for men and women. Where I had ideas I would sketch the silhouette of a design, the women would add their ideas in invariably they would improve or completely change the design of the garment. It was a thrilling process. I was humbled and honored by the women and their talents. My graduate degree in design was nothing compared to their lifetime of learning and understanding their craft. When we began this project I was told by someone in Kenya that I would have to “tell the women what to do.” I never did that, I didn’t have to, they already knew what they wanted to create. 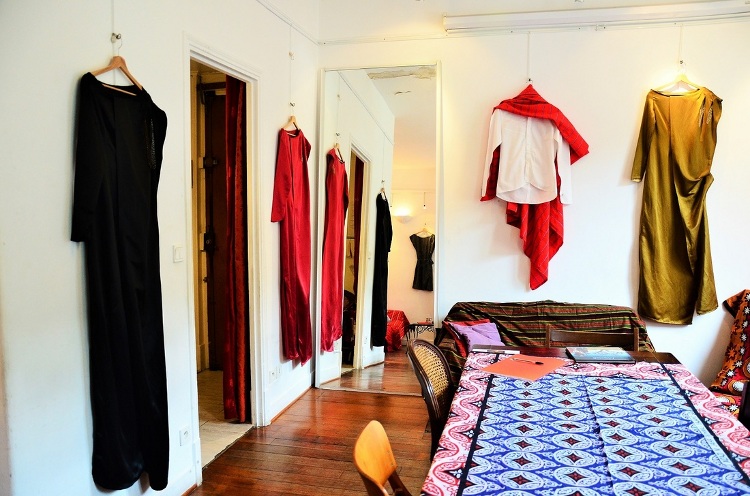 I did not begin this collaboration to “help” the women. I went to Kenya seeking design partners which is exactly what I discovered. However the economic reality is that these women and their community do need support. As we speak there is proposed oil exploration in the area of Olorgesailie, in addition climate change has pushed many landowners to sell their lands as they are unable to support their livestock, this will greatly change the grazing patterns of the Maasai animals and make the already difficult pastoral life even more so, as the men will have to travel further distance to graze animals or bring their animals to market. When I asked the women what they would do with consistent incomes they said their priorities were: better housing, a safe and secure water source, food security and money to provide education for their children, especially the girls, who often go without formal education as the members of OMWA are prime examples. 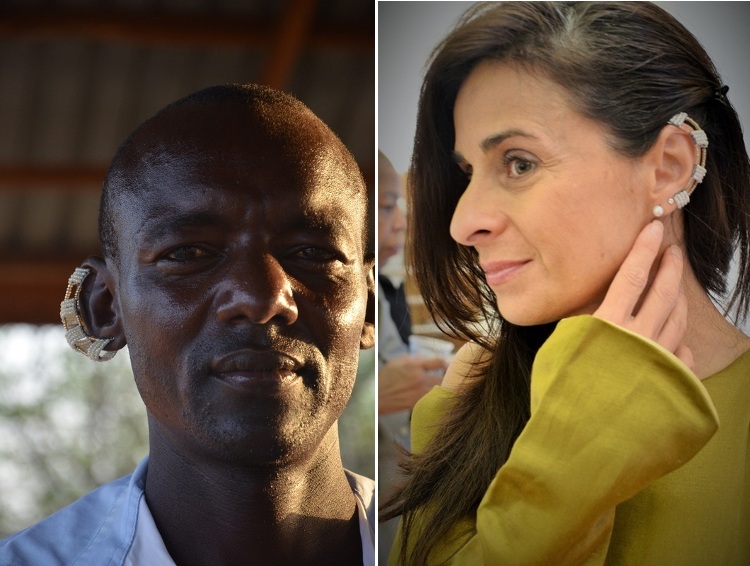 Tomon premiered in July of 2014, during fashion week in Paris, the line will also be showing this Fall in New York City. For more information and updates, visit Idia’Dega online.