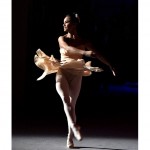 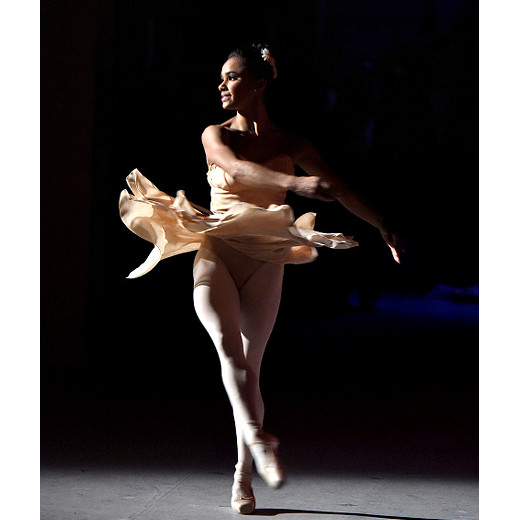 After more than 14 years with the American Ballet Theatre, and nearly 8 years with the company as a soloist, African-American ballerina Misty Copeland has risen to the organization’s highest rank as the first black principal dancer in 75 years.


The 32-year-old Copeland, who has never shied away from the very charged topic of race in what is a traditionally very exclusionary art form, has served as inspiration for young girls all over the country and all over the world.

Copeland made headlines earlier this year when she became the first African-American dancer to star in Swan Lake at the Met. Her performance drew unprecedented amounts of press and attracted some of the largest, most diverse crowds in the organization’s history.

She tells Vanity Fair, “To be the first African American woman to dance this role with American Ballet Theatre is a huge step for the ballet world and I take on this opportunity with tremendous care and understanding of what it means for the growth of this art form.”
Copeland, who has been featured on countless magazine covers, including TIME, published a memoir last year, and is the subject of an upcoming documentary, which will premiere at the Sundance Film Festival next year.

According to the New York Times,

Ms. Copeland’s promotion was announced at a company meeting on Tuesday morning by Kevin McKenzie, Ballet Theater’s artistic director. Three other dancers, enormously respected within the dance world but far less famous outside of it, were also made principals with Ballet Theater. Stella Abrera, who has been a soloist with the company since 2001, was promoted, and two more principals were hired from outside: Maria Kochetkova, a principal with San Francisco Ballet, and Alban Lendorf, a principal with Royal Danish Ballet.

“My fears are that it could be another two decades before another black woman is in the position that I hold with an elite ballet company,” she wrote in her memoir, Life in Motion: An Unlikely Ballerina, which was published last year. “That if I don’t rise to principal, people will feel I have failed them.”