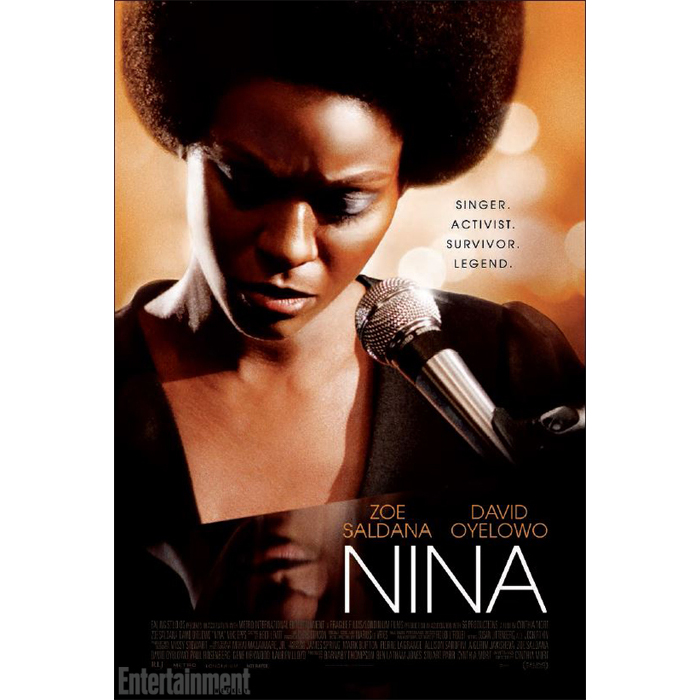 From blatant colorism to distribution disputes and outright condemnation from the estate of Nina Simone, many were sure that Nina, the ill-fated biopic starring Zoe Saldana, would never see the light of day.

The sight of Saldana, on set in a prosthetic nose and darkened make-up fueled the (understandable) opposition to film, and seemed to fly in the face of everything the late, great singer stood for.

The film premiered at a buyers-only screening during the 2014 Cannes film festival, but news of a release date didn’t come until the spring of 2015. Back then, it was reported that Nina would be released by December, which never happened.

According to recent info via Entertainment Weekly, Nina will hit theaters and VOD on April 22nd. EW also unveiled a poster for the film. Needless to say, I won’t be watching.