‘Sista in the Brotherhood.’ New Short Film Depicts the Experience of Black Tradeswomen. 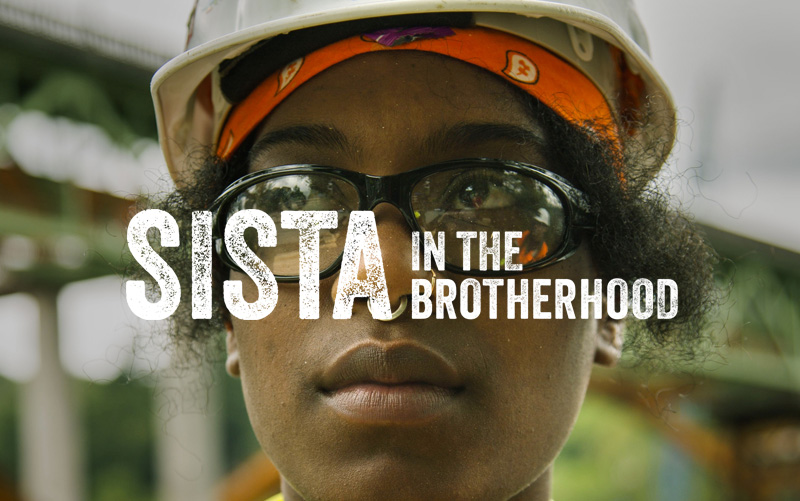 Produced by Roberta Hunte, PhD and directed by Dawn Jones Redstone, Sista in the Brotherhood is a new short film that gives a brief, but deep look into the experiences of black female tradesworkers.

The film stars Sidony O’neal as Laneice, a young Black woman and apprentice carpenter, as she struggles to prove herself on her first day of work.

Laneice’s hardships mirror the real life struggles of many women working in the skilled trade field — an industry were women of color make up only 1% of the workforce.

Both Hunte and Redstone have experienced this gender disparity first hand. Redstone worked as a journey-level carpenter before becoming a teacher with the non-profit group Oregon Tradeswomen. Hunte also worked closely with the organization and drew from her own doctoral research to create the film. As part of her research, she interviewed 15 black tradeswomen, from all over the country, about their experiences on the job. The women admitted to often feeling unwelcome on the job and even having to endure sexist jokes and racial slurs.

“It still remains a real White male-dominated industry, particularly for the higher paying jobs. You see people of color concentrated in the lesser paid and lower skilled more aspects of the trades,” Hunte said.

Sista in the Brotherhood recently opened to a sold-out audience at The Clinton in Portland, Oregon and will be planning more screenings in the near future. For updates follow the film on Facebook.