Snapchat Launches Its Own Brand of High-Tech Eyewear. 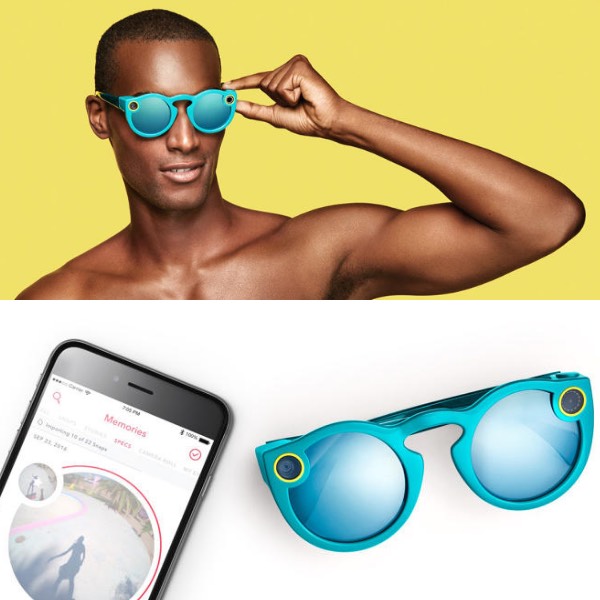 Spectacles glasses feature dual lenses, which capture 10-second video clips and are shot from the wearer’s perspective. Footage is transferred wirelessly to the Memories section of a user’s Snapchat account. Spectacles come in only one size, but are available in 10 different colorways.

“When I got the footage back and watched it, I could see my own memory, through my own eyes — it was unbelievable,” Snap Inc. CEO Evan Spiegel told The Wall Street Journal, recalling a hiking trip he took while wearing a prototype. “It’s one thing to see images of an experience you had, but it’s another thing to have an experience of the experience. It was the closest I’d ever come to feeling like I was there again.”

Spiegel also describes Spectacles as a way for users to engage their followers on Snapchat without being tethered to their smart phones.

Snap Inc. plans to roll out Spectacles sometime later this fall, with a retail price of $130.00.