‘Solace.’ A Coming of Age Film that Tackles Eating Disorders and Self-Harm. 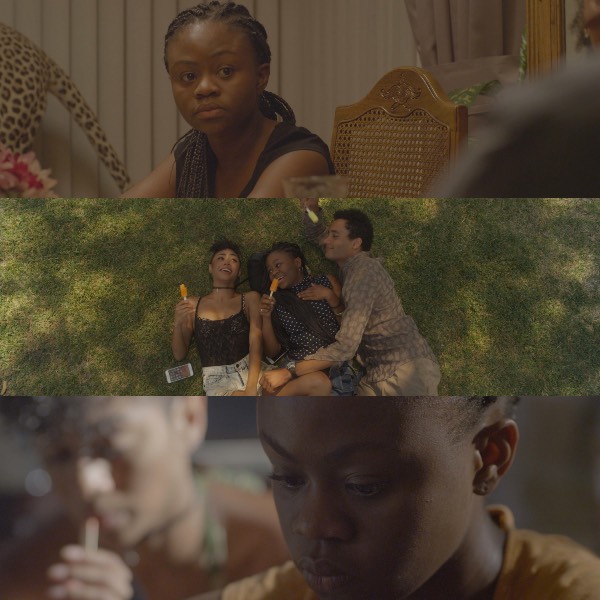 Created by filmmaker and writer Tchaiko Omawale, Solace is a coming of age film that stars Hope Olaidé Wilson as Sole, an orphaned teen who is sent to live with her estranged grandmother (played by Lynn Whitfield). Sole faces many obstacles, both mentally and physically, as she deals with loss, longing, confusion, and identity. Solace is also a rare depiction of a black girl struggling with an eating disorder and self-harm.

Hope Olaidé Wilson portrays, Sole, a teenager abruptly orphaned and sent to live with her only living relative, her estranged grandmother, Irene (Lynn Whitfield). Irene eagerly attempts to make up for lost time with her reluctant granddaughter by recreating a semblance of family with her paramour, Clay, in a charming and at times shocking portrayal by Glynn Turman.

Things are further complicated by a looming deadline upon which Sole’s future hinges. In addition, the questionable influence of her new friends, neighborhood troublemaker, Jasmine (Chelsea Tavares), Jasmine’s girlfriend, DJ Erika (Sydney ‘Syd’ Bennett of the popular band ‘The Internet’), and the mysterious Guedado (Luke Rampersad), results in a clash of priorities, ideals and unresolved issues.

Omawale, who is an indie director on the rise, created the film to challenge the lack of diverse representations in the genre of coming of age films. Early on in her career, she received accolades for her documentary Americaʼs Shadows…HIV Risk in Black and Latino Youth. Solace marks her first foray into narrative storytelling. The project looks extremely promising and is already receiving early buzz. It was recently named a Tribeca All Access (TAA) grantee for 2016 by the Tribeca Film Institute.

Watch a trailer for Solace below, and keep up with the film on Facebook and www.solacefilm.com.