Tyra Banks on Naomi Campbell: “To this day, I’m very scared of her.” 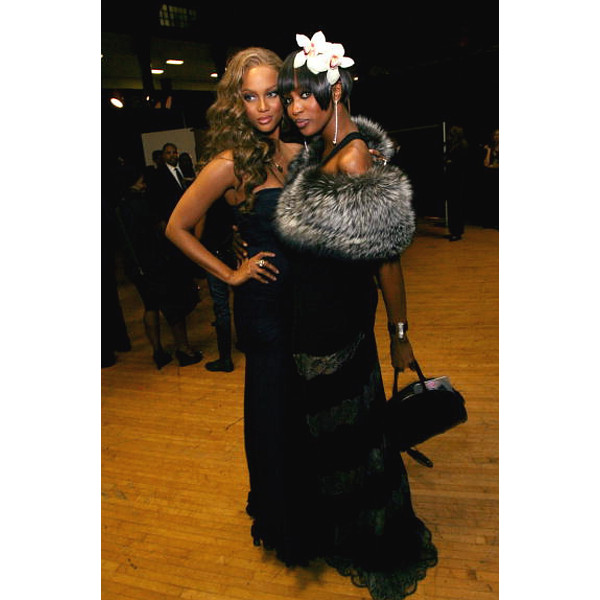 Tyra Banks recently proved that forgive and forget isn’t always so easy, especially when it comes to a professional rival. During an appearance on Norwegian chat show Skavla, Banks admitted that she’s still affected by her conflict with fellow top model Naomi Campbell during their 90’s heyday.

“I got to Paris, and it was very difficult. I did really well really fast, but then the industry was saying, ‘Oh, look out Naomi Campbell, here comes Tyra Banks! So Naomi Campbell, sit your butt down.’ It wasn’t fair to Naomi, because [they weren’t saying this to the other model that weren’t Black]. But her response was … to this day, I’m very scared of her. It was very difficult. — like some of my lowest times of my life — dealing with that.”

Campbell famously appeared on Banks’ Tyra talk show in 2005. During the interview Banks recounted the bullying she suffered at the hands of Campbell, who maintained that she didn’t remember any of it. At the end of the show the two models agreed to put the past behind them. That same year Banks and Campbell walked the runway at the Victoria’s Secret Fashion Show’s 10th Anniversary.

Given that the top models haven’t crossed paths in years, it seems a bit odd for Banks to be bringing up this ancient conflict.