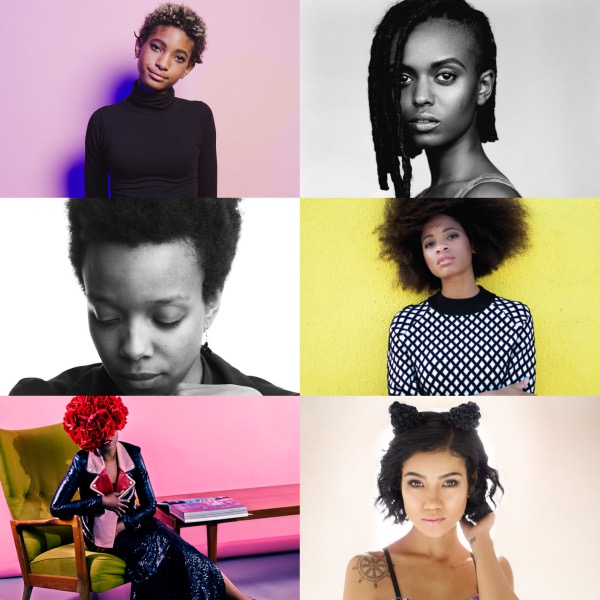 From hard rock to Hip-hop Willow Smith is never one to shy away from experimentation. In her latest she takes a decidedly moody indie rock route.

The poet, writer, and singer has been getting a lot of mainstream buzz as of late due to her contribution to Macklemores heavily-discussed track “White Privilege II.” Woods, who has a few other major collaborations under her belt, just dropped her first single, “blk girl soldier.” The song pays homage to black women freedom fighters like Assata Shakur, Rosa Parks, and Audre Lorde. Woods says of the track,

“I’m interested in figuring out what freedom songs would sound like in 2016. My hope is that ‘blk girl soldier’ is a freedom song for black women today who are fighting the macro and microagressions of daily life in our city/country/world.”

British singer and producer Adam Bainbridge, aka Kindness recently shared some previously unrelased remixes of songs by Kelela, with whom he frequently collaborates.

Kilo Kish debuts the first track from her upcoming album Reflections In Real Time. It drops on February 29.

The R&B newcomer lends her Jazz-infused sound to a unique cover.

Quirky, thoughtful rapper Lizzo and singer/guitarist Sad13 (aka Sadie Dupuis, also of Speedy Ortiz) team up with Google Docs to create a collaboration for the modern age. Learn more about the project below, and grab the finished product HERE.

Arima Eddera – “Trippin’ On U”

This indie effort is definitely a “must-listen.”

Aiko gets back to basics and stays true to her signature sound in one her first solo tracks in a while.

The young talent covers this 80’s classic in a way that only he can.

Ebony Bones draws inspiration from J-Pop and Kawaii culture in this quirky but slightly dark tune.