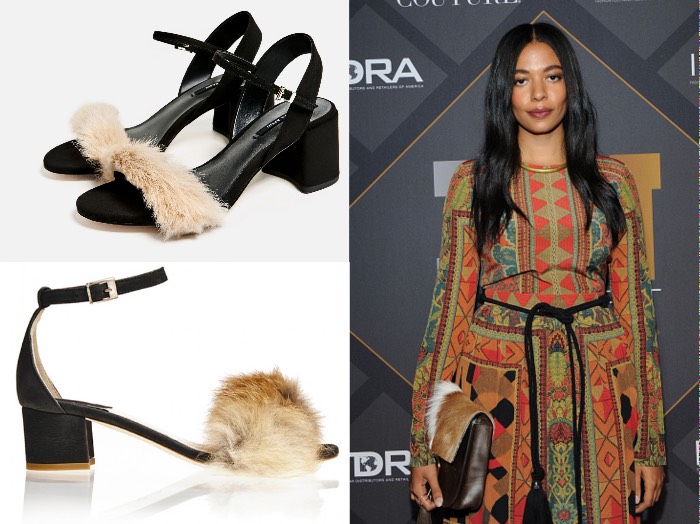 It’s no secret that fast fashion houses rely on high end designers for inspiration, but these shoes from Zara’s fall 2016 collection are just straight up knock offs.

James’ “Dhara” sandals, which are available on her site for $715.00, are handmade and ethically produced in Ethiopia, from fox fur and leather.

Zendaya also sported the “Dhara” sandal in “whiskey” last year, when she walked the red carpet at the 12th Annual CFDA/Vogue Fashion Fund Awards, alongside James.

No word yet on whether or not James plans to pursue the matter beyond publicly calling Zara out. Unfortunately, she’s the latest in a growing list of indie designers who have slammed the Spanish brand for ripping off their designs. Last month, L.A. based indie designer and illustrator Tuesday Bassen went public with an exchange she had with Zara, after learning that they had knocked off several of her pieces.