Stars: Taraji P. Henson
Details: “Mary (Taraji P. Henson) is a hitwoman working for an organized crime family in Boston. Mary’s life is completely turned around when she meets a young boy whose path she crosses when a professional hit goes awry.”
Release Date: In theaters on January 18

Stars: Lupita Nyong’o, Danai Gurira, Angela Bassett, Chadwick Boseman, Michael B. Jordan
Details: “T’Challa, after the death of his father, the King of Wakanda, returns home to the isolated, technologically advanced African nation to succeed to the throne and take his rightful place as king.”
Release Date: In theaters February 16

Stars: Jeanté Godlock
Details: “The Simone Biles Story: Courage to Soar” follows Simone Biles (Jeanté Godlock) through the sacrifices and hard work that led her to win 19 Olympic and World Championship medals and ultimately cemented her stake as one of the greatest gymnasts of all time.
Release Date: February 3 on Lifetime

A Wrinkle in Time

Stars: Storm Reid, Gugu Mbatha-Raw, Oprah Winfrey
Details: After the disappearance of her scientist father, three peculiar beings send Meg, her brother, and her friend to space in order to find him.
Release Date: In theaters March 9

Sorry to Bother You

Stars: Rosario Dawson, Nick Robinson, William Fichtner
Details: “A young man living a sheltered life develops a crush on a stripper and joins her Alcoholics Anonymous group just so he can be in the same room with her.”
Release Date: Set for 2018 release in theaters

Stars: Zazie Beetz, Chance the Rapper, Joe Keery, Paul Scheer
Details: “When a pizza delivery driver is murdered on the job, the city searches for someone to blame: ghosts? drug dealers? a disgraced werewolf?”
Release Date: Set for 2018 release in theaters 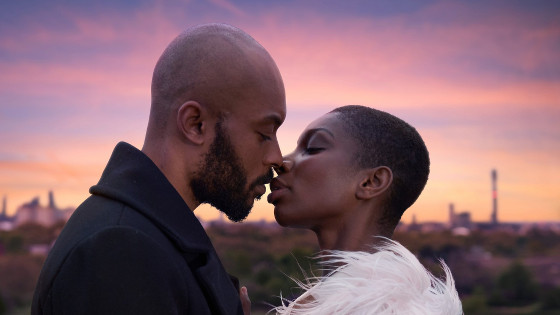 Stars: Viola Davis, Elizabeth Debicki, Jon Bernthal, Liam Neeson
Details: Set in contemporary Chicago, amidst a time of turmoil, four women with nothing in common except a debt left behind by their dead husbands’ criminal activities, take fate into their own hands, and conspire to forge a future on their own terms.
Release Date: in theaters on November 18