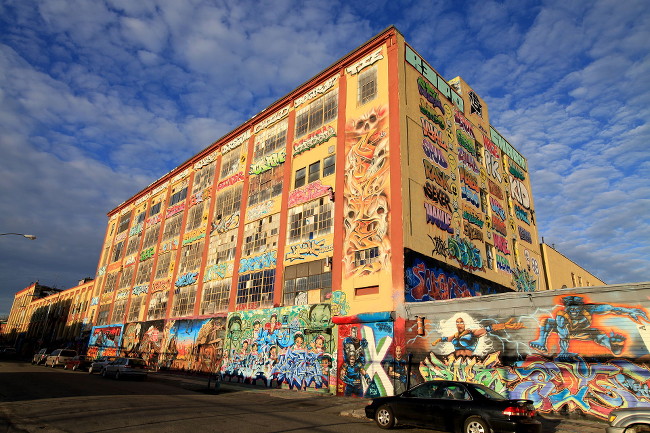 New York’s 5 POINTZ mural space was an important part of the city’s cultural heritage and hip-hop history. The space, which begin in 2002 attracted artists and tourists from all over the city and all over the world, who would visit the buildings, whose walls hosted various large scale graffiti artworks.

In early 2013, the space succumbed to gentrification, after the artists who managed 5 POINTZ were unable to obtain landmark status for the buildings, and they were sold to a condo developer. Sadly, in November of that same year, the artwork was unceremoniously painted over. The following year, the building was pretty much entirely demolished.

Despite the devastating loss of the 5 POINTZ space, artists from the space continue to create art and collaborate with various groups throughout New York City. 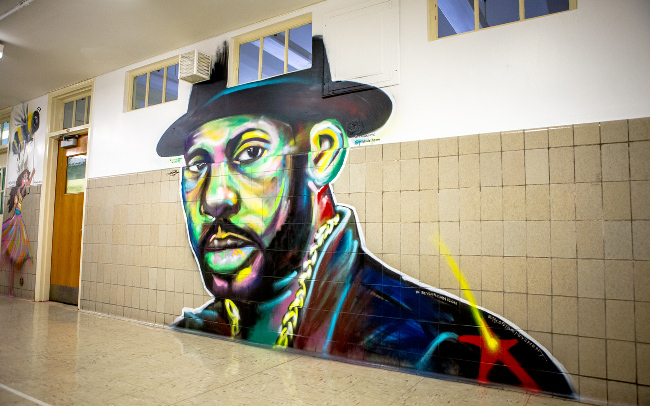 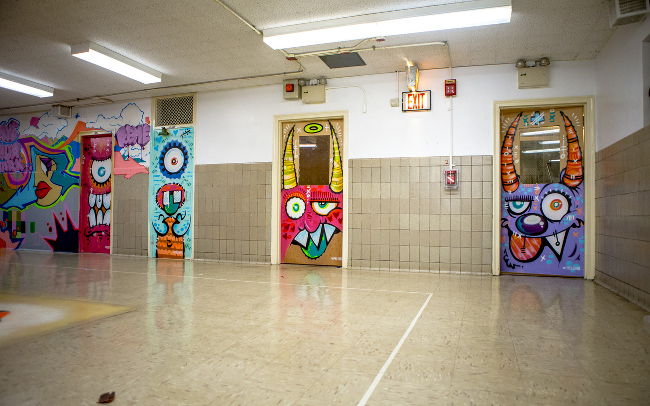 The collective recently organized a group of over 100 artists to visit and create murals at August Martin High School in Jamaica, Queens. The struggling school is considered to be one of the worst in New York City, with a graduation rate of 39% and an attendance rate of 70%. A student group decided that putting murals all over the school would make for a more positive environment and help increase attendance. After the students found the task of making so much artwork to be overwhelming, they reached out to 5 POINTZ’s MERES One and Marie Flageul, with the approval of their principal Gillian Smith for help. 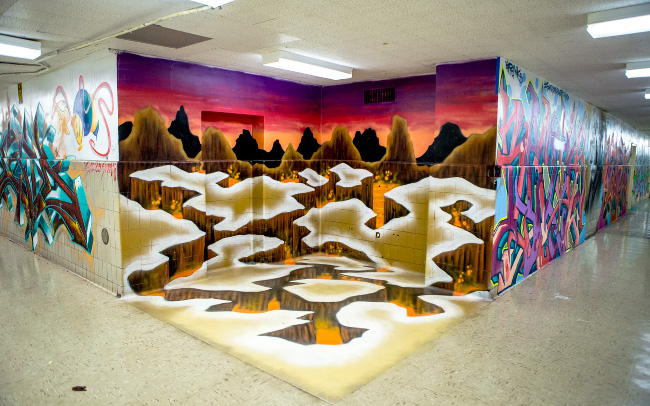 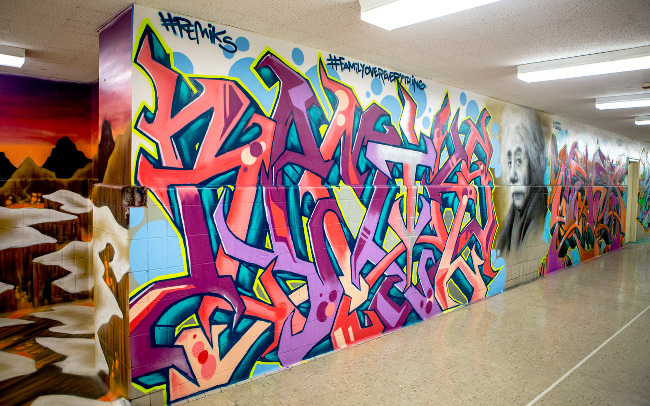 According to ANIMAL New York,

The artists were informed they weren’t going to be paid and would have to bring their own paint, and they still showed up. Dream Students rolled out paper to keep the floor from getting covered and served breakfast and lunch. “Definitely felt obligated considering I came from the same environment growing up,” said 2ESAE, “and to be able to give back and stimulate these kids visually through art with hopes they find ways to express themselves is an amazing feeling. Always give back to the yoot!”

In spite of this freedom to paint what they want, the majority of the artists incorporated school-like themes into their pieces. The area outside the school’s science labs was very focused with two trios of artists — AWZ, ZESONER, and JUST along with AMUZE, JERMS and TOPAZ — painting huge site-specific murals. SEE of the legendary True Fame crew painted an aerosol portrait of Albert Einstein. SKI and 2ESAE from URNewYork and COL Wallnuts barely wrote their names, instead dedicating their space to massive pieces on the third floor that read “create” and “inspire.”

The school will be open to the public on June 11th, so if you are in New York, this is definitely a must-see. View more images at ANIMAL New York. And head over to www.5ptz.com for more info.