A Beyoncé-Inspired Skyscraper is Being Built in Australia. 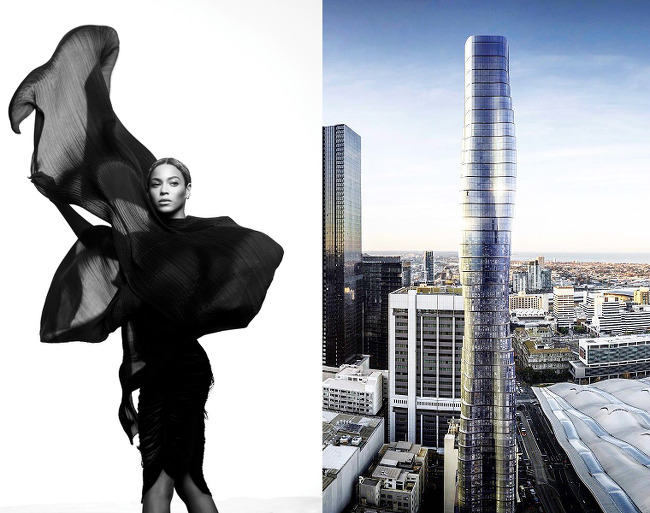 
The project’s planners drew inspiration from fabric-wrapped dancers in the star’s sultry video for “Ghost” off of her 2013 self-titled album.

The complex form – a vertical cantilever – is actually the most effective way to redistribute the building’s mass, giving the best results in terms of structural dispersion, frequency oscillation and wind requirements. Art and science? You betcha. For those more on the art than science side, we will reveal that the form does pay homage to something more aesthetic – we’re going to trust you’ve seen the music video for Beyoncé’s Ghost.

The firm also points out that this unique shape was chosen because of its ability to withstand extreme climate conditions such as high wind.