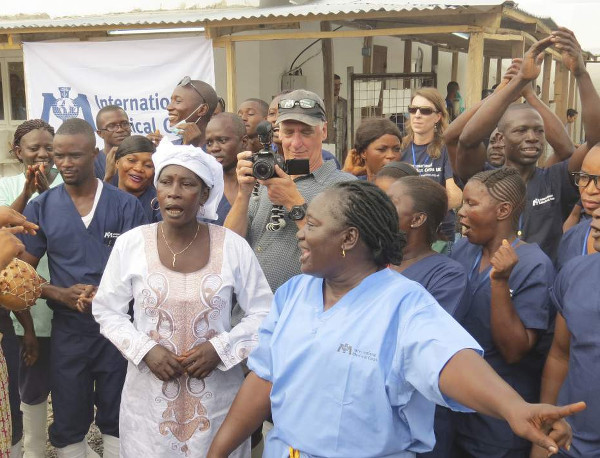 (Adama Sankoh during her discharge on Monday. Alie Turay / AP)

Forty-year-old Adama Sankoh, Sierra Leone’s last known Ebola patient, was discharged from a treatment center in Freetown to much celebration.


Sankoh contracted the disease from her son, who died late last month. Her release from the hospital as a healthy woman marks a major milestone in the Sierra Leone’s fight against Ebola. Sierra Leone and Liberia were hit the hardest by the disease, with an estimated total of approximately 550,000 Ebola cases at the beginning of this year. Guinea also suffered major loss during the outbreak.

Sankoh was presented with a certificate of discharge by President Ernest Bai Koroma. Like many health officials and public figures in the past, Koroma is hopeful, but he also stresses the importance of education and vigilance in order to continue beating the disease.

“The Ebola fight is not yet over — go and tell members of your community that,” President Koroma said. “Go back to your community and continue to live life as you used to. ”

In order for Sierra Leone to be considered officially Ebola-Free by the World Health Organization, the country must go 42 days — the equivalent two 21-day incubation periods, without a single reported infection.