African-American Real Estate Developer Leads Group of Investors in the Purchase of Over 6,000 Properties in Detroit. 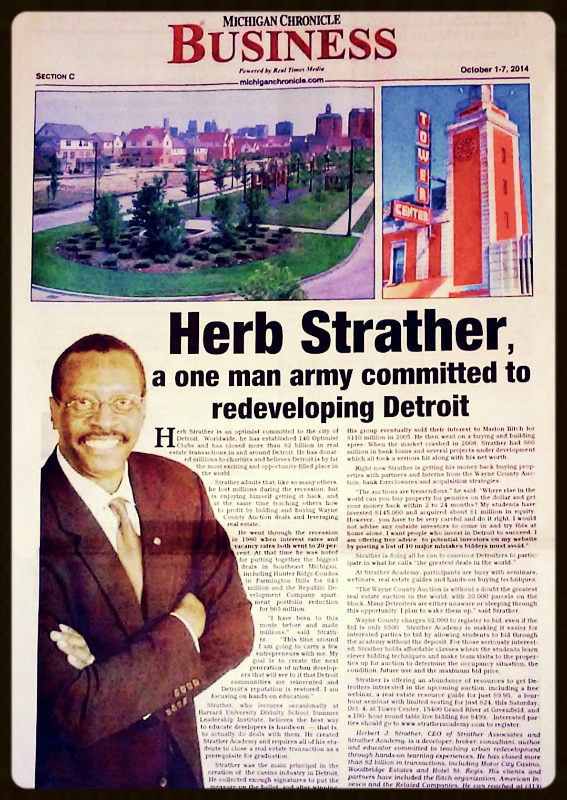 According the Detroit News, the series of properties, called a “blight bundle” includes 2000 vacant lots, and 3000 properties which are uninhabitable and must be torn down. The “bundle” also includes a hospital and factory, both of which are no longer in use. The purchase has been met with both criticism and skepticism. The estimated costs for developing the properties are in the billions, and Strather is still in the process of surveying the properties and therefore cannot yet provide a definitive answer on his plans for development. Additionally, many community organizations feel that they were not allowed enough input into possibilities for the properties as community gardens were included in the purchase.

Strather tells The Huffington Post that the project is a labor of love and he has the best interests of Detroit residents in mind stating, “The idea of redevelopment in my community would be a work of love.”