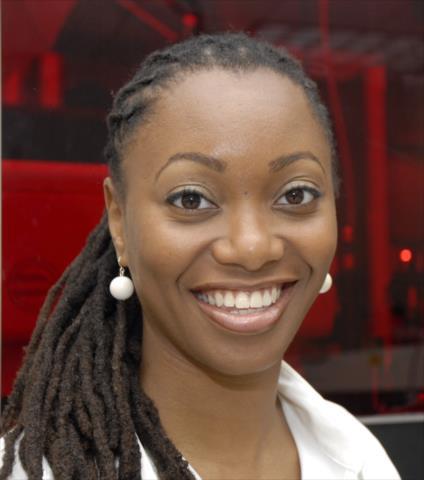 Dr. Hadiyah-Nicole Green is 1 of less than 100 black women, nationwide, who work as physicists. Dr. Green, who works as an assistant professor at Tuskegee University, also conducts much-needed cancer research. She recently won a $1.1 million grant to develop a cancer treatment that involves lasers and nanoparticles. This new treatment would be less harmful to patients.

The way the technology works is that an FDA-approved drug containing nanoparticles is injected into a cancer patient and causes the patient’s tumor to fluoresce (glow) under imaging equipment. The goal is for a laser to activate the nanoparticles by heating them.

While Green is not the first to think of using lasers and nanoparticles to treat cancer, she’s been able to work the bugs out of parts of the technology that have been problematic, like nanoparticle delivery and seeing success in living animals – mice, in Green’s case.

Like millions of Americans, Dr. Green has personal experience, when it comes to dealing with cancer. She was raised by her aunt and uncle, after the death of her parents. When her aunt was diagnosed with cancer, she refused treatment.

“It was heartbreaking, but I could appreciate she wanted to die on her own terms,” Green says.

Three months after the death of her aunt, her uncle was diagnosed with cancer, as well. He decided to endure chemotherapy and radiation. Green, who took time away from school to see him through his treatment, saw firsthand how devastating the treatment could be. The experience inspired her to begin researching the use of lasers for cancer treatment.

A few months ago, she was awarded a the major grant that will help to move her research forward.

“I’m really hoping this can change the way we treat cancer in America,” said Green. “There are so many people who only get a three-month or six-month survival benefit from the drugs they take. Then three or six months later, they’re sent home with no hope, nothing else we can do. Those are the patients I want to try to save, the ones where regular medicine isn’t effective for them.”

Dr. Green also takes time out of her busy schedule for speaking engagements and appearances. She hopes to increase the visibility of black female scientists and to inspire young black girls.