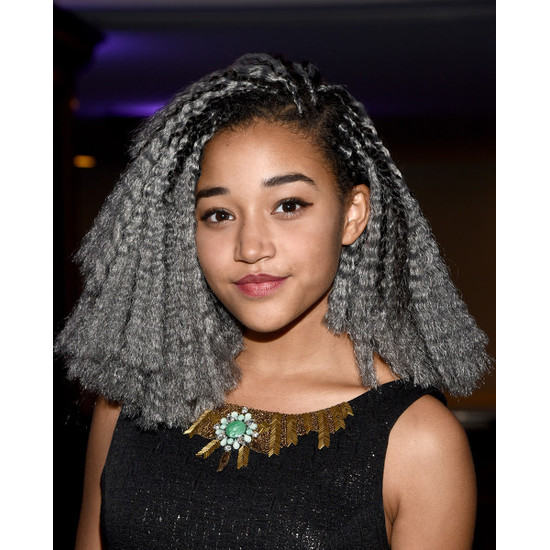 Over the weekend, reality star and underage former girlfriend of philandering rapper Tyga, Kylie Jenner, posted a picture of her new protective style to her Instagram account.

The snapshot garnered over 1 million likes and over 100,000 comments, including one from actress and budding activist Amandla Stenberg. 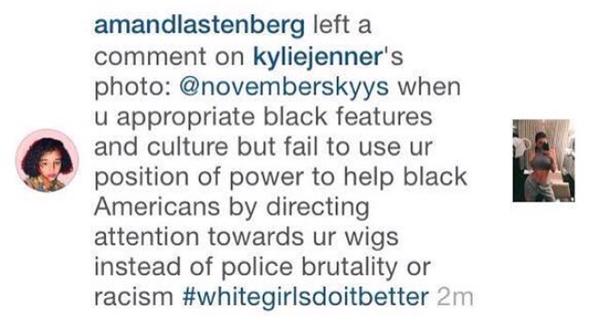 Stenberg even invoked the hashtag #whitegirlsdoitbetter, which started one way, and ended another way after Black Twitter had it’s way with it.

Kylie dismissed Amandla’s statements, writing: “@amandlastenberg Mad if I don’t, Mad if I do…. Go hang w Jaden or something.”

The comment was a reference to Jaden Smith, who Kylie Jenner was rumored to have been dating at one time. Amandla attended her prom with Jaden back in May,

This isn’t the first time Amandla Stenberg has broken down cultural appropriation. Earlier this year, a video titled “Don’t Cash Crop My Cornrows,” featuring Stenberg and a classmate talking about appropriation in the context of celebrities such as Miley Cyrus and Iggy Azealea went viral.