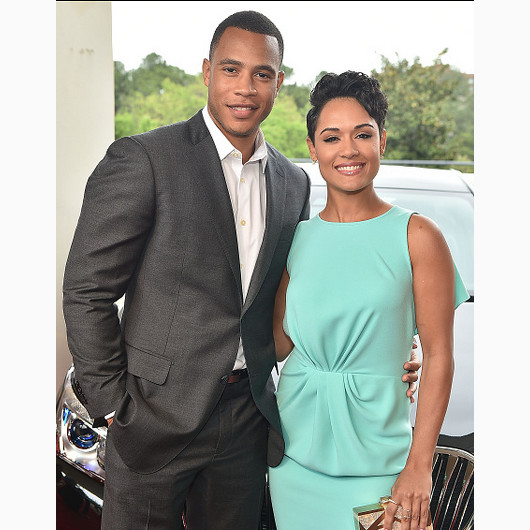 EMPIRE stars Trai Byers and Grace Gealey are officially engaged according to an exclusive report by Us Weekly.


Rumors that the pair, who play stepson and stepmother on the wildly popular FOX show, were dating, began circulating after images emerged of the couple attending a wedding together. They were subsequently snapped looking pretty cozy during several media appearances. An anonymous, on-set source also confirmed the relationship.

According to Us Weekly,

Byers made the proposal extra special, asking her for her hand in marriage on her 31st birthday on Sunday, July 26. “He surprised her on her birthday,” a source tells Us. “He popped the question and she was totally surprised and elated. She can’t stop looking at the ring! They celebrated all night.”

Gealey and Byers celebrated their engagement and her birthday with fellow costars and both took to Instagram to express their love for one another.

Had so much fun celebrating @gracegealey's life!! Happy Birthday to an exquisite human being! Thank you @kinmontchicago for hosting us. Amazing spot, wonderful food, UNFORGETTABLE night.

Congrats to the beautiful couple!