Another New York Teen Earns Acceptance to All 8 Ivy League Schools. In Addition to 13 Other Universities. 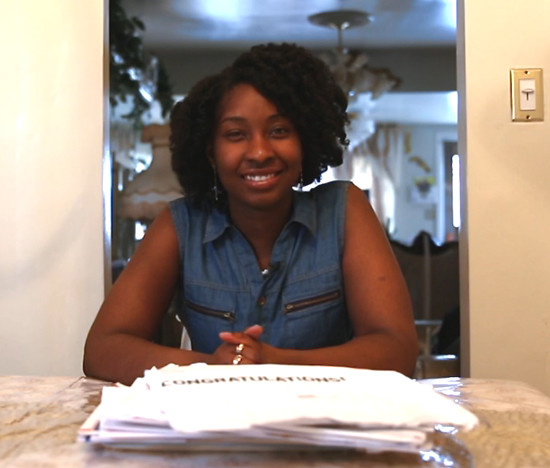 Black Girl Magic is in the water in New York!

Hyles, who was also accepted to 13 other schools, was borth in a small village in Guyana and emigrated to the United States at the age 11.

She attends the High School for Math, Science and Engineering in Harlem, an hour and a half commute from her family home in Queens. Hyles is one of only a handful of black students at the specialized school. Even at a young age she is aware of the segregation and inequality around her when it comes to schools in New York City.

“I am convinced that the decrease is not due to intellectual aptitude, but to lack of preparation and confidence,” she wrote in one her personal statements.

Hyles credits her confidence in herself and in her heritage as part of her success, but she also faced some challenges along the way. After earning a less than satisfactory score on the SAT, when she took the test last year, she decided to buckle down with the help of a friend’s test books.

“My biggest sacrifice was sleep,” she said. “Sometimes, I wanted to sleep late or go to the movies or a party with my friends, but I had to prioritize.”

Financial need was a major motivator for Hyles, who knew that her mother wouldn’t be able to the tuition at most major universities.

Now Hyles has a major decision ahead of her. Harvard is her dream school, but she’s also considering other options.