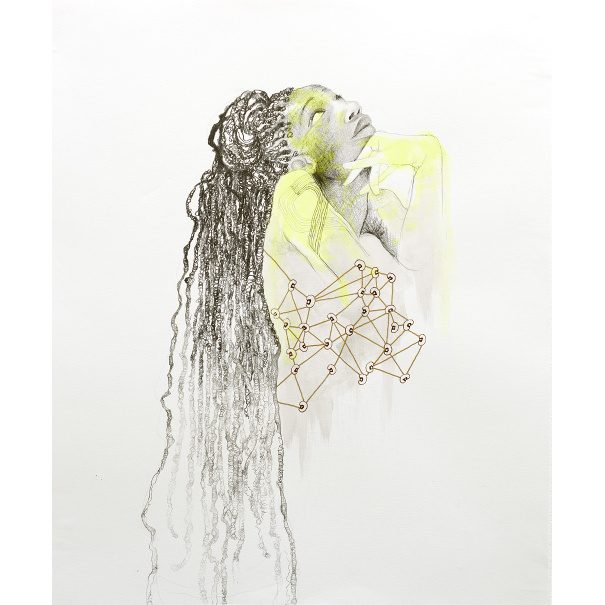 ruby onyinyechi amanze is a Nigerian-born, Britain-bred artist, who currently lives and works in Brooklyn, NY. I recently had the pleasure of viewing her works up-close at the Contemporary African Art Fair in Brooklyn, a few weeks ago. Her complex works employ grand scale and a liberal use of negative space, resulting in a unique environment for each of her drawings that really allows a user to get lost in the fantasy worlds that she constructs.


amanze’s works incorporate elements of Afro-futurism, Nigerian art and fashion, as well fantastic characters and worlds that she creates.

The first character I developed was Ada the Alien. I was thinking about navigating space but also about wanting to have a space between myself and the story. I hear the word Afro-futurism when people look at my work. I guess there are some elements to it that are Afro-futurist: to do with fantastical elements and galaxies that I imagine. Other characters began to emerge after Ada, such as Audre the Leopard and Pidgen. ‘Kindred’ (at Tiwani) introduces the characters as a family. I thought of them as a family unit: a way to think about how they interact with each other or with worlds. It can be a galaxy world which comes up a lot in my work. Ada the alien has a visual likeness to me but her skin is always a fluorescent yellow. This started from a very basic reference to an idea of an alien. Originally drawings of her referenced several traditional Nigerian and West African hairstyles which taken out of time or place might be considered alien. Pidgin wears the green sparkly suit. Pidgin represents a bird that is free to move: I was thinking about migration and little freedoms such as flying. In Nigeria, which has about 300 languages, the Creole language is Pidgin. For the most part you can move around Nigeria and speak some version of Pidgin: people will understand you even though your mother tongue dialect could be completely different. I like the idea of empowering the hybrid. The ghosts are drawn from people that I know; identified as being part of some hybrid culture. The ghosts don’t always have a positive connotation but they are free to move even though invisible. 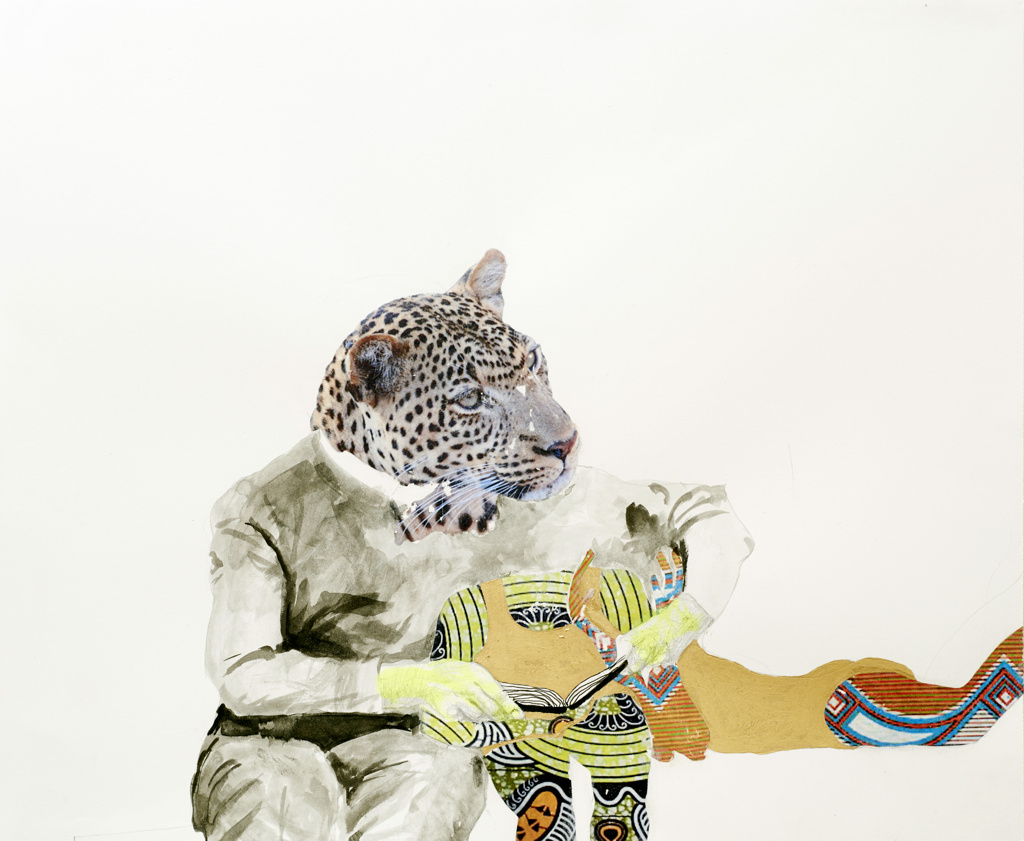 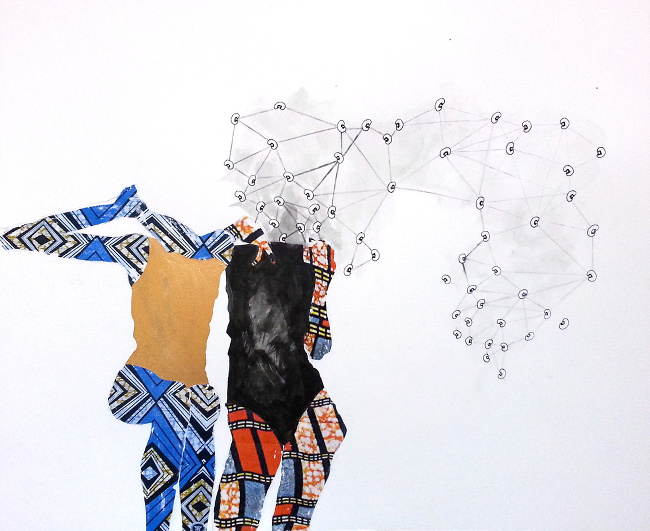 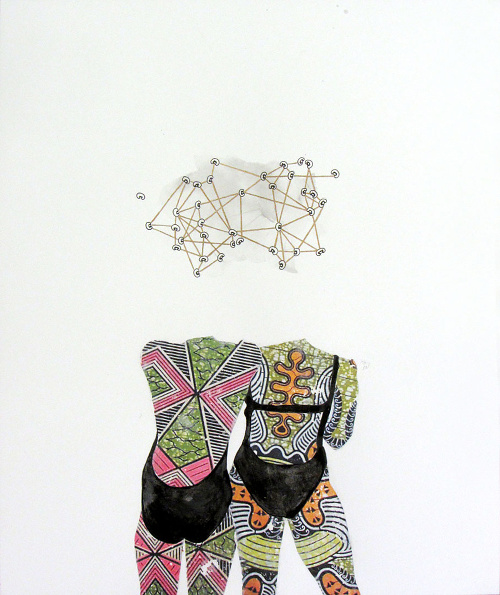