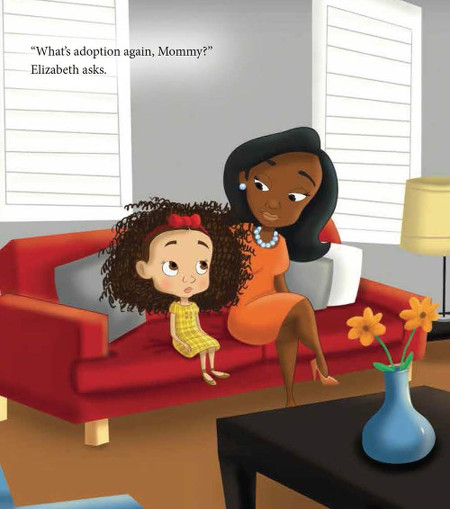 Sara Crutcher, a 31-year-old author, advertising executive, entrepreneur, and graduate of Hampton University, hopes that her new book,Heart Picked: Elizabeth’s Adoption Tale, will get more African American families to think about adoption. Crutcher, who was adopted at 6 weeks old in North Carolina, says that her parents decision was the best thing that’s ever happened to her, and she hopes that other young black children will be given a similar opportunity.

When it comes to the issue of adoption in America, the sad reality is that despite black children costing less to adopt, they are often the least likely to be adopted into permanent homes.

Crutcher feels that cultural stigma, amongst many other issues, plays a factor in why black families are less likely to consider adoption.

“When I was growing up, adoption in general, especially within the black community, was very taboo,” she tells The Huffington Post. “And I think historically, there’s just a lot of reasons why that is but I don’t think that that’s something that should continue as we progress as a race I think that.”

Crutcher, who is based in Detroit, says that growing up she didn’t have much access to books or other materials that featured the stories of adoptees.

The 30-page book, which is geared toward children aged 6 to 9, features illustrations by Romney Vasquez. Six-year-old Elizabeth, the story’s main character, tackles with explaining what adoption means to her classmates as she anticipates her adopted father’s visit to the school during family week.