Azealia Banks and Dev Hynes Criticize the BET Awards For Only Celebrating Mainstream Black Artists. They Both Have a Point. 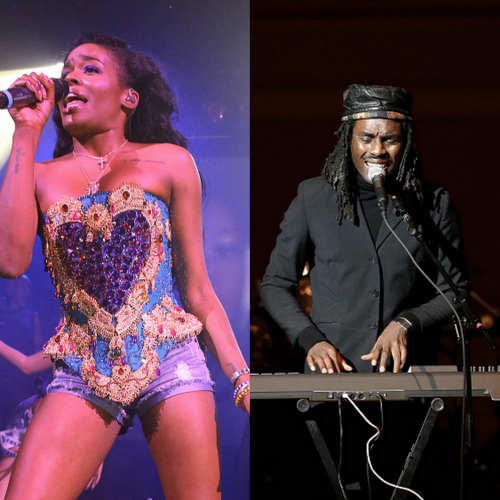 The BET Awards are usually a pretty hot topic of discussion in the black Twittersphere, and after this year’s nominees were announced yesterday, it looks like this time around won’t be any different. The “Best Female Hip-Hop Artist” category had folks casting side-eyes at the station. While the list of nominees includes newcomers Dej Loaf and Tink, alongside Azealia Banks and Nicki Minaj, controversial “rapper” Iggy Azalea is also nominated.


Azealia Banks and Dev Hynes both took to Twitter to criticize BET, claiming that the station does very little to promote independent artists and foster new talent. Banks claimed that the award show was basically a farce, since Nicki Minaj was guaranteed a win.

I really hate getting nominated for @bet awards. They're so bogus.

The female rap award at the bet awards goes to nicki every year, it's not even a real award anymore lol it's a bit of a running joke.

3,2,1 all the urban media sites gonna run a headline saying I'm throwing shots. Black media is so stupid and pointless. What a shitty cycle.

Hynes pointed out the major lack of alternative and independent artists on the nominations list.

@devhynes Guess it's too long a name lol

Lol my point is we are more than just "rappers" and "RnB" singers. Where's Ambrose Akinmusire's award? https://t.co/kin5xXswtq

I tend to agree with both Banks and Hynes. Black media shouldn’t only be about pushing the mainstream and appealing to the mainstream, but about fostering new black talent and giving them opportunities to grow and develop as artists. It seems that even when black media outlets promote lesser-known artists or projects, it’s usually the ones that are “safe” choices.

While I have to give BET some serious credit for promoting Issa Rae and Lena Waithe, both of these women had already built up some serious momentum before getting a nod from the station.

And an award nomination going to Iggy Azalea is rather ridiculous, considering she has to be one of the most overly promoted artists out today. Her record and ticket sales don’t justify the aggressive media machine behind her, and she’s basically become a meme in black media at this point. The nomination really makes the network appear completely out of touch with its viewership.

That being said, I can’t dismiss BET altogether, the station has produced compelling original documentaries, as well as “Black Girls Rock.”

But there are times that I wish that the station would do a bit bitter. Iggy Azalea’s spot could have gone to Angel Haze, Siya, Rapsody, Tkay Maidza, or any number of the talented artists from nations like South Africa.