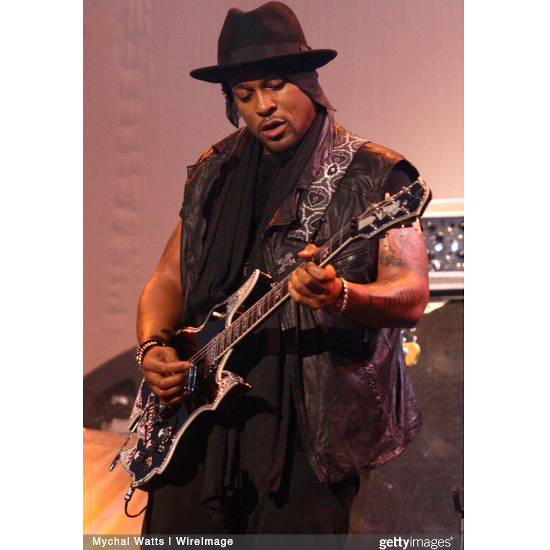 While fans are still not recovering from Black Messiah, the surprise album that D’Angelo dropped last year, fellow artists are taking a look at his past works.


January 25th marked the 15th anniversary of D’Angelo’s sophomore album Voodoo. The album marked a turning point in his career, Voodoo was critically acclaimed and the accompanying visuals transformed D’Angelo into a reluctant sex symbol. Voodoo also came at a turning point for R&B music, as the genre went mainstream, it was gradually being melded into pop music. The new level of visibility was a source of frustration and turmoil for D’Angelo. After the hype surrounding the album and his physical appearance, and the suicide of a close friend, D’Angelo turned to drugs and alcohol as an outlet for his pain. In the 15 years following the release of Voodoo he entered, and left rehab after being charged with DUI, changed record labels, and endured conflicts with close friends and family. Occasionally, unfinished tracks would end up online.

From a 2012 interview with GQ Magazine,

D’Angelo felt tortured, Questlove says, by the pressure to give the audience what it wanted. Worried that he didn’t look as cut as he did in the video, he’d delay shows to do stomach crunches. He’d often give in, peeling off his shirt, but he resented being reduced to that. Wasn’t he an artist? Couldn’t the audience hear the power of his music and value him for that?…

“One time I got mad when a female threw money at me onstage, and that made me feel fucked-up, and I threw the money back at her,” [D’Angelo] says. “I was like, ‘I’m not a stripper.’ “

Now, about one week past the 15th anniversary of the release of Voodoo fellow artists, including Solange, Kitty Cash, and Janelle Monae take a deeper, yet loving look at the album, beyond it’s cover to talk about it’s artistry and the impact it had on them personally through a series of short essays.

Voodoo is the church in which we all come to worship the religion of soul music. It is the word. It is the temple. It is the law for all lovers of true rhythm and blues. At 15-years-old, Voodoo is the most self-assured, decisive, deep in its roots, and “grown as hell” album in recent musical history I’ve ever experienced. A true testament to the term, timeless. Since its birth, it has always gone hand and hand with reflections of various milestones in my life. I was 13, when I heard “Untitled” and got goosebumps at the first knock of the snare. I couldn’t have been farther from having the answers when he belted “How Does It Feel,” but the deep down gutters of my soul said “Daaaaammmn Goot!”

My son was five when we filmed him trying his best attempt at break dancing to “Devils Pie,” if any song was gonna give him the spirit… that one was sure to. Almost seven years ago, I fell in love with my husband with “Africa” as our soundtrack, each chord of the beginning bells representing the sentiments of our oneness. “Send It On” became the song of the hour at many a Brooklyn house parties, about 15 women spread all around my apartment singing along emotionally in unison.

And alas, one of the greatest memories of my wedding was dancing to “Feel Like Making Love” until the wee hours, eyes closed, the biggest smile on my face. Whatever D’Angelo’s journey back to South Carolina and Virginia encompassed, somehow became my journey too. It delivered me. It spoke for me. It made me feel right around the corner from my ancestors. It help me to understand the woman I wanted to become.

D’Angelo Delivers a Powerful Performance and Brings #BlackLivesMatter to SNL.

D’Angelo to Perform at Apollo Theater in New York.