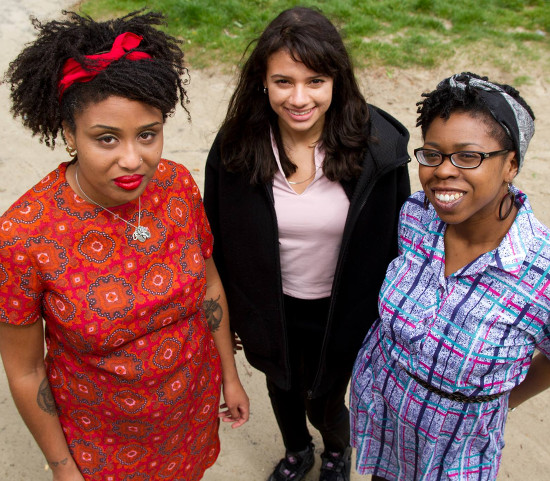 The band which describes themselves as “The Ronettes filtered through 80s DIY and riot grrrl with a sprinkling of dashikis” recently released a new single, ‘Crooked Room.’ The song takes its title from a talk by scholar Melissa Harris-Perry, who uses the metaphor of a crooked room to explain the harmful stereotypes that black women have to navigate just to exist in society. The talk is was also included in Harris-Perry’s 2013 book, Sister Citizen: Shame, Stereotypes, and Black Women in America.

The song is about how difficult it is for black women to find confidence in themselves and exist in a world that hates and tells them so on every advert, TV show or magazine.