‘Blackhair’ Magazine Accidentally Puts a White Model On Its Cover. 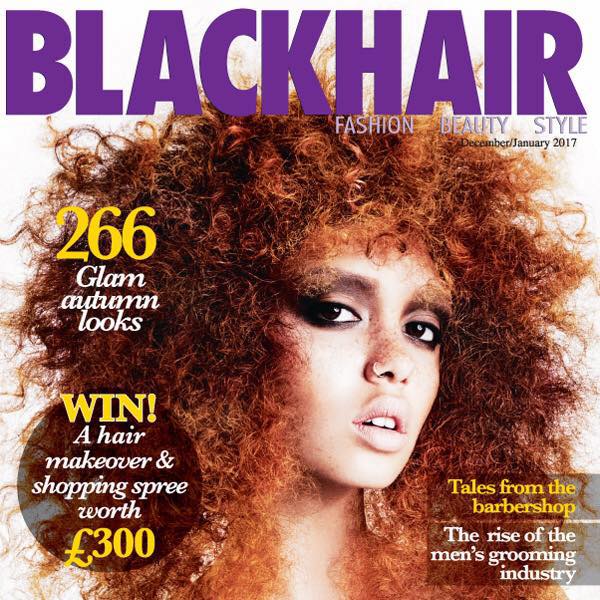 In a rather unusual case of mistaken identity, UK-based Blackhair Magazine faced criticism earlier today, after fans of the publication noticed that the mag’s December/January cover model was not in fact Black or of African descent.

.@Blackhairmags – explain why the model on your latest cover is white? You should explain considering you're a magazine for black women. pic.twitter.com/MlXZNZMZyi

The image features model Emily Bador, who is of white/Malaysian descent, but is white passing. According to Bador, she participated in the photoshoot about 3 or 4 years ago, when she was around 15. She signed away her rights to the image, allowing the photographer to resell it without her knowledge. When Bador learned about the Blackhair cover, she took to Instagram to issue an apology.

“If I had known it was going to be published, I would never have condoned it. … I was never asked by the photographer/hair salon/anyone if this image could be used for the cover of Blackhair,” she said.

Bador also said that she felt “upset and angry” and apologized to black women especially.

I would deeply and sincerely like to apologise to every one for this, and black women especially. I would like to clarify, I believe this shoot is from when I was around 15 and didn't understand cultural appropriation or the impact it has on POC. I was uneducated, which obviously is no excuse, ignorant and immature. Growing up in a very very white city, I had no idea the struggles black women face and how often they were persecuted for their hair. I didn't understand how black women are constantly told their natural hair is inappropriate/unprofessional for the work place, or how young girls are told they can't go to school with natural hair. I didn't understand that shoots like this support the very Eurocentric beauty standard that the mainstream media focus on which reinforce the idea that black features are only ok on white women. I didn't understand that as a white passing woman I'd be praised for this hair, but if I was a black woman I'd be persecuted. I didn't understand cultural appropriation. I do regret doing this. I hold up my hands, I'm so so so sorry and I'm very sorry this cover was taken away from a black woman. This image is (I think, although I'm not 100% sure) about 3/4 years old, it was never intended to be on the cover of this magazine. If I had known it was going to be published, I would never have condoned it. I'm upset and angry I was never asked by the photographer/hair salon/anyone if this image could be used for the cover Black Hair. I'm so glad I've educated myself and surrounded my self with people to teach me what is right and wrong. I constantly am learning and becoming more and more informed. It's important to come forward and be honest with ourselves about our past mistakes, otherwise we will never learn. Again, I'm truly, deeply sorry to anyone I've offended and I hope if nothing else this post can educated others so they don't make similar mistakes. (also please let me know if I've said anything wrong or offensive in this post!!! or anything i can add!!!! i love u all sm and the last thing i want to do is offend or hurt any one, i really hope you don't all think im a massive twat )

Blackhair editor Keysha Davis addressed the cover in a Facebook post, explaining that she was unaware of Bador’s ethnic background.

“We often ask PR companies/salons to submit images for the magazine, specifically stating that models must be Black or mixed race,” Davis wrote. “We can only take their word for it, and of course, try to use our own judgment.”

Davis also emphasized that she was “keenly aware of how black women are underrepresented in the mainstream media.”

While the entire controversy is a strange intersection of issues of cultural appropriation and black representation, a lot of Blackhair readers are wondering what’s next.