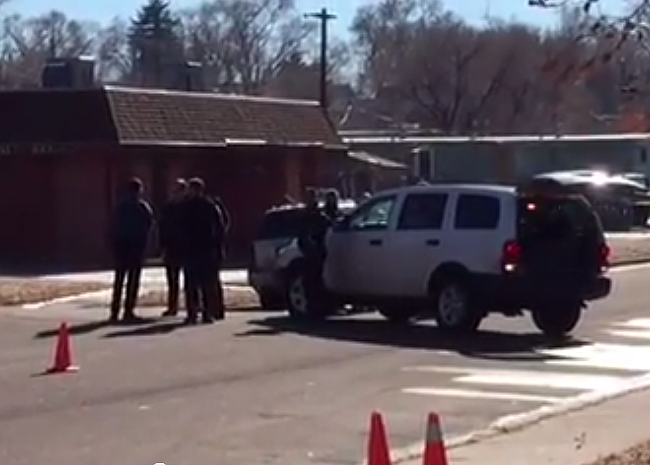 According the Denver Post, an “improvised explosive device” was detonated against an exterior wall of the building that houses the Colorado Springs, Colorado chapter of the NAACP. There were no injuries reported, and the building only suffered minor damage.


Agents from the Agents from the FBI Joint Terrorism Task Force and the Bureau of Alcohol, Tobacco, Firearms and Explosives were investigating at the location of bombing earlier today. The FBI is already a seeking a possible “person of interest,” described as a balding, white male, who appears to be about 40 years old.

Henry Allen Jr., the president of the chapter, was not in the building at the time, but did make a statement to the The Gazette.

Allen said he is hesitant to call the explosion a hate crime without further information from the FBI and other law enforcement agencies investigating, but said the organization “will not be deterred.” ”We believe in civil rights for all, and really we won’t work in fear and we won’t be deterred,” he said. “We’ll move on. … This won’t deter us from doing the job we want to do in the community.”