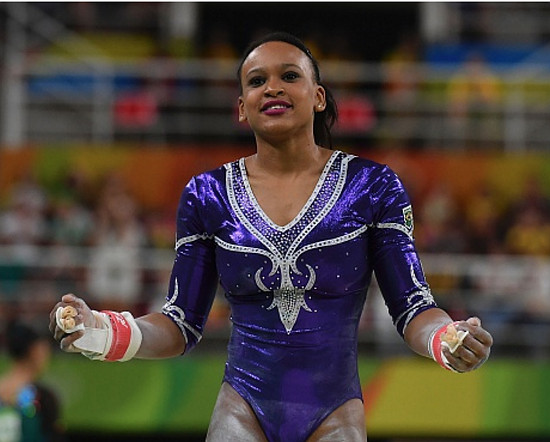 Seventeen-year-old Brazilian gymnast Rebeca Andrade is definitely one to watch. In addition to being a rapidly rising talent, she’s also a huge Beyoncé fan.

Andrade, who earned a fourth place all-around score yesterday, right behind three American gymnasts, performed a killer floor routine set to a mix of Samba music and a medley and Beyoncé’s “Single Ladies” and “Crazy in Love.” The teen athlete even threw in a bit of “Single Ladies” choreography.