Brooklyn Man Has $10 Million Worth of African Art In His Apartment. Hopes to Open an African Art Museum. 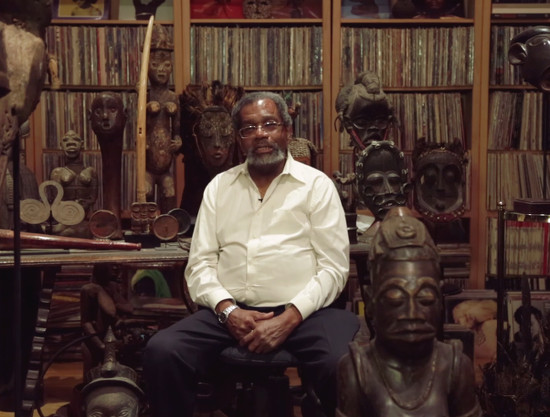 Inside Eric Edwards’ spacious apartment in the Clinton Hill section of Brooklyn, New York, you’ll find a massive collection of over 1600 pieces of African art that spans all 54 countries on the continent, and goes back as far as 4,000 years.


A former AT&T executive, Edwards first became interested in the arts of Africa and the diaspora as a young child. Edwards’ father made sure to teach him about black history and the history of Africa as a way to understand racism. This knowledge inspired Edwards to begin collecting African art later in his life.

Edwards, who estimates his collection to be worth approximately $10 million, has collected African art for over 40 years. He is featured in The Collector, a new documentary short by New York City-based filmmaker Mark Zemel. The short documentary also highlights the other items that Edwards collects, including antique trains, comic books, baseball cards, and LP’s.

Scenes in the documentary show just how jam-packed Edwards’ apartment really is. He says that living amongst all of this art beings him “peace and tranquility.”

The Collector from No Problem on Vimeo.

Edwards is currently seeking backers to help create a museum to house his collection in a permanent space, so that it can live on and be enjoyed for many years. He hopes to open the institution, The Cultural Museum of African Art, by the summer of 2016, and has even secured architect Rodney Léon for the project. Léon helped design the African Burial Ground National Monument in Manhattan.