Chimamanda Ngozi Adichie: ” I refuse to accept that somehow feminism and femininity are mutually exclusive.” 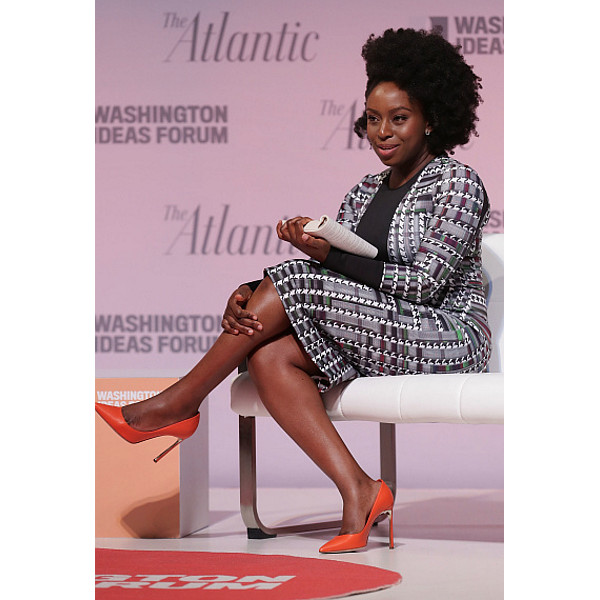 
The author, essayist, and feminist writer has always been open about her love of fashion. She regularly makes media appearances wearing bright, bold, and well-coordinated looks.

In 2014, Adichie documented her outfits for Elle.com, alongside an essay she penned, titled “Why Can’t a Smart Woman Love Fashion?.”

During her appearance at the Ideas Forum, Adichie was asked about the transformative power of makeup, and she had this to say:

“I like makeup. I can intellectualize it and say that it’s also partly the idea that I refuse to accept that somehow feminism and femininity are mutually exclusive.”

“As a feminist I find it very offensive that femininity means you can’t be taken seriously,” she continued. “I refuse that. I insist that women should have a choice to be as feminine as they like, as they want to be and still be taken seriously. You don’t have to wear oversize suits to be taken seriously. My suggestion perhaps is that men should try wearing high heels. I think it’s a good idea. High heels help you with your posture.”

Watch the entire interview below.