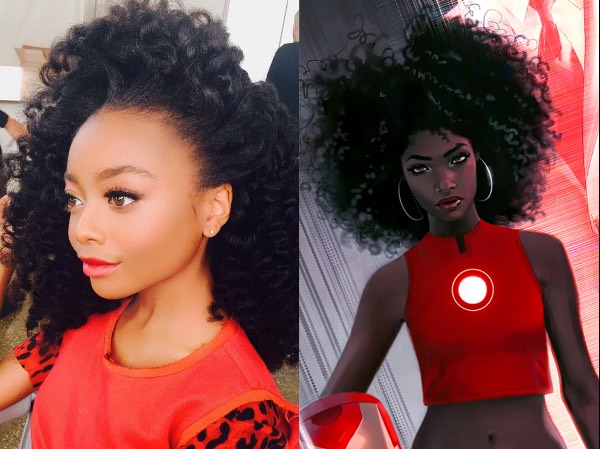 When news hit, along with a teaser image, that Marvel’s new Iron Man would be a 15-year-old black girl, many started speculating who could play the superhero in a movie.

While quite a few names were thrown out there, Skai Jackson’s seemed to come up quite a bit. It turns out that the teen star is actually a spot-on choice.

Mike Deodato Jr., the co-creator and artist behind the new Iron Man, Riri Williams, recently revealed, via Twitter, that Jackson served as inspiration for the character.

Riri Williams was based on the beautiful young actress @skaijackson pic.twitter.com/tuQ7f8Td4m