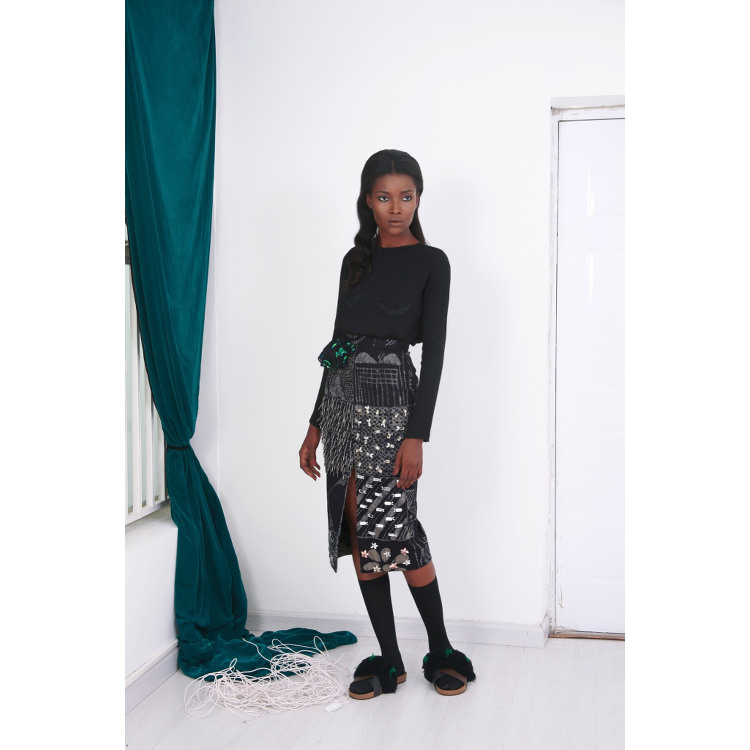 Amaka Osakwe’s line Maki Oh can best be described as smart, elegant, and whimsical. For the brand’s Fall 2015 collection, she tapped into Nigerian folklore and the global exchange of styles and trends through appropriation. Osakwe tells Style.com,


If you didn’t know better, you might have thought that Amaka Osakwe had borrowed that modus operandi for her latest Maki Oh collection. “Mermaids,” Osakwe said, explaining her guiding concepts this season, “and appropriation.” Mermaids. And appropriation? As it turned out, these two seemingly disparate nouns connected in the figure of Mami Wata, a folk deity in Osakwe’s native Nigeria, whom she described as “keeper of virgins and goddess of the river.” Mami Wata is an icon of relatively recent vintage, apparently; according to Osakwe, she emerged after an image of an Indian snake charmer made its way to Africa, where snakes have a close association with rainbows, “the serpent of the sky.” Thus the snake charmer became a rain charmer, a vainglorious creature of the water. And this origin story got Osakwe thinking about other ways that Africans have appropriated stuff from abroad—for instance, the bright printed cloth that’s a totem of African fashion, which Osakwe said was developed in Holland and, these days, is often produced in China and thereabouts. 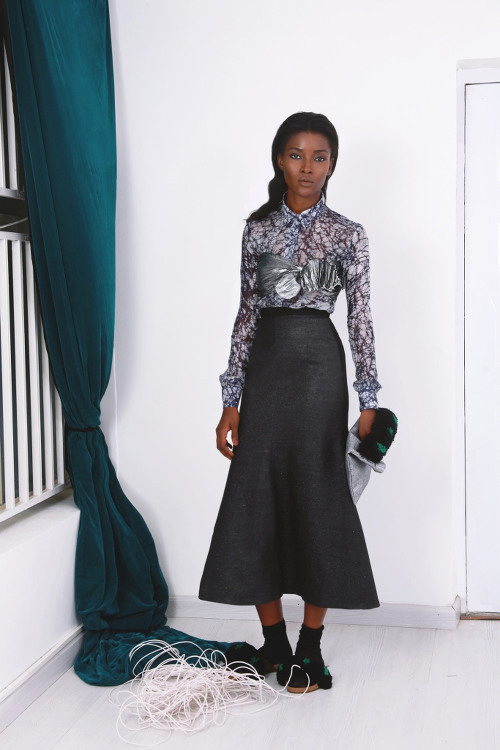 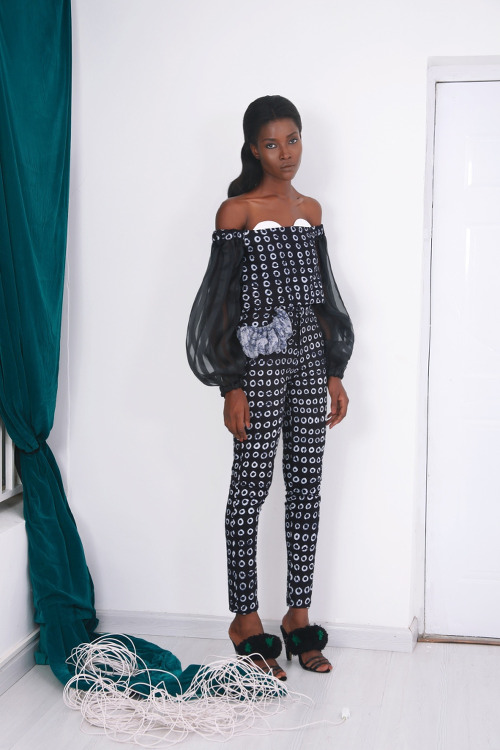 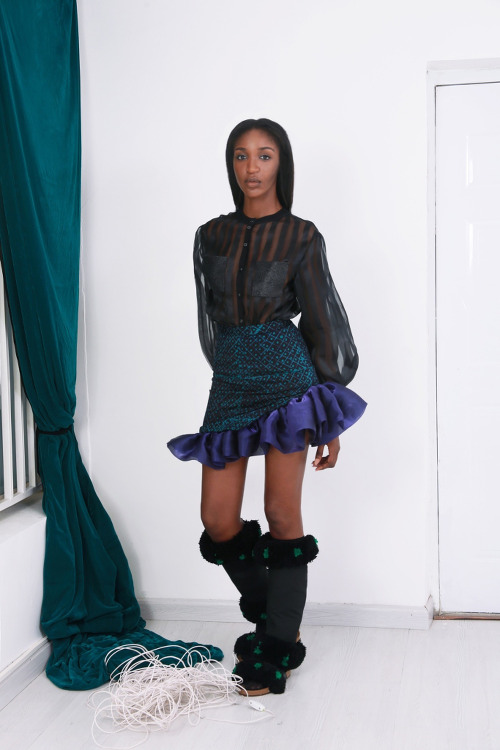 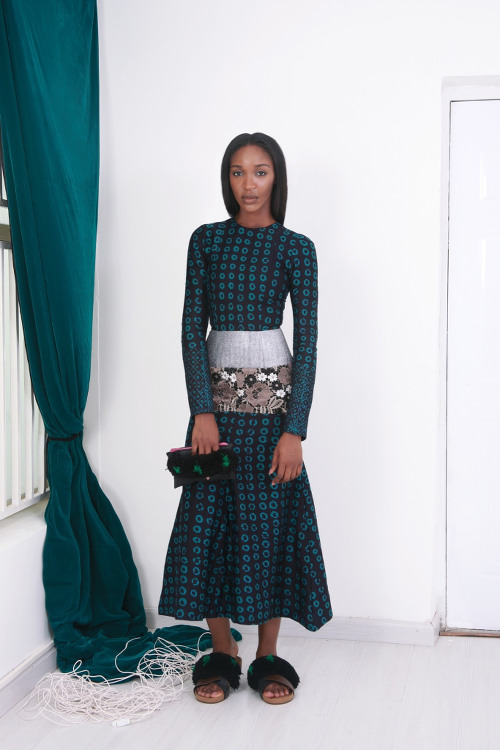 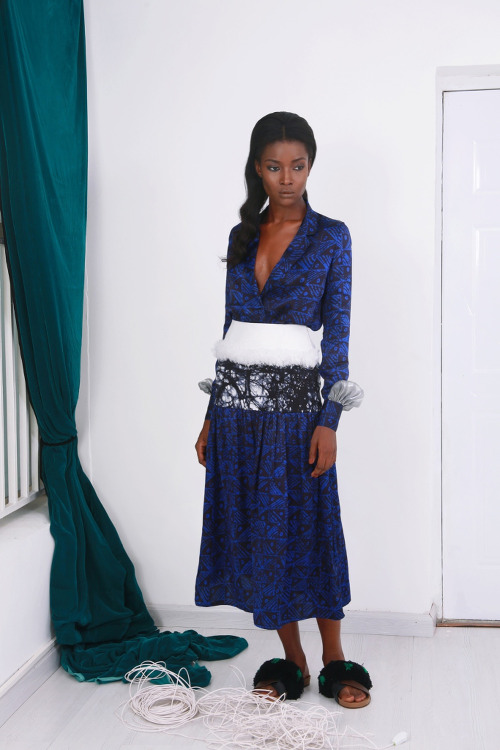 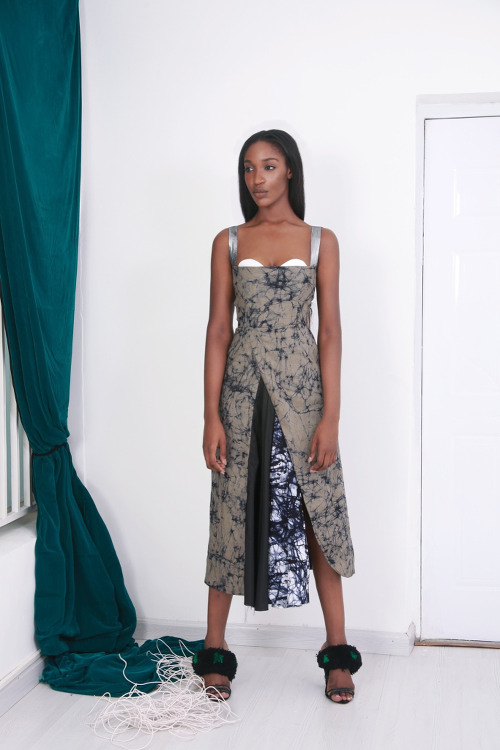 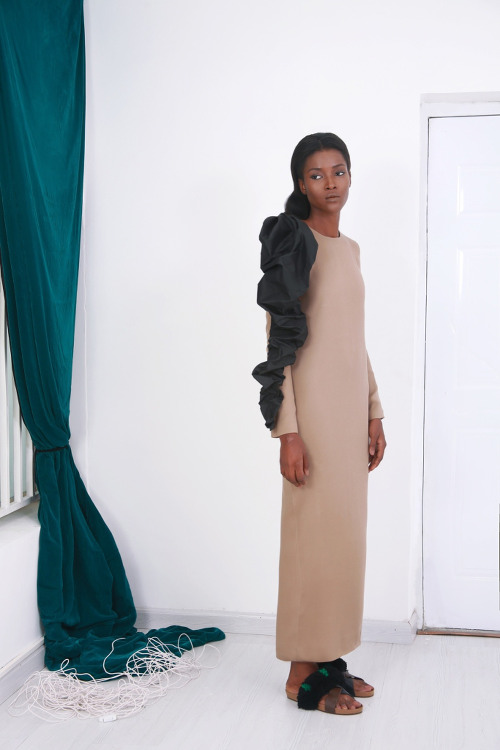