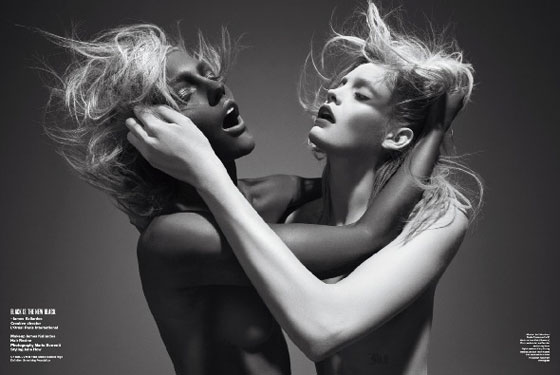 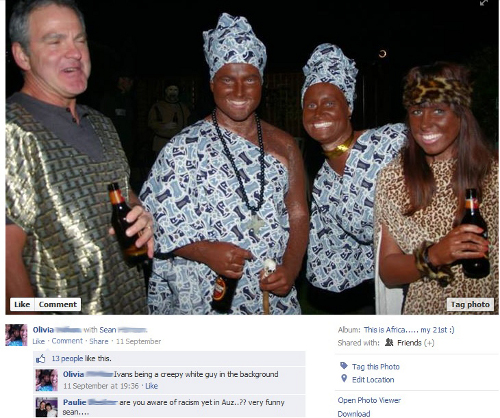 “Here we go again.” This was my first thought when I came across a Buzzfeed article written by Heben Nigatu highlighting one Australian girl’s choice to start her 21st birthday with a bang, a bang that included black face and KKK costumes. From fraternities to politicians to annual appeals every October to think twice about your “ethnic” Halloween costume, it seems that blackface is the one social taboo that just won’t go away for a while. The conversations surrounding blackface are almost always the the same, the explanations are also almost always the same, and the derails are essentially the same as well.

By now, it’s pretty well known that history plays the most significant part of why blackface or painting one’s face or body to appear black is seen as offensive. Early depictions of blackface, starting in the 1830’s and continuing even into the late 1970’s, featured stereotypes which sought to dehumanize African-Americans or people of African descent by depicting them as simple-minded, perpetually jolly, easily spooked and child-like. When blackface was employed it was often cartoonish and extreme, with black skin, red lips and wide eyes. This sort of depiction still pops up all over the world in various forms. 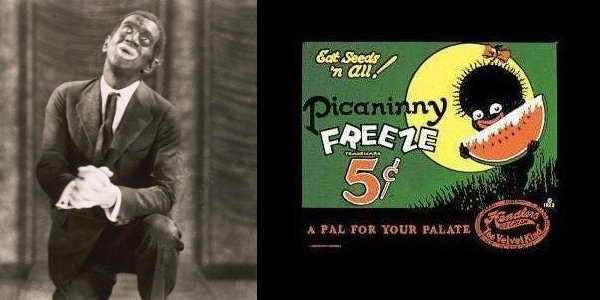 Contemporary blackface, however, has “evolved” into blackness as costume. Those who attempt to defend it, often argue that dark make-up is necessary for accurate character depiction or simply a part of the imitation or act that they are putting on. Contemporary blackface differs from “traditional” blackface in that like most racism in the modern Western world, it isn’t always as blatant. Because contemporary blackface often imitates skintones and features more commonly found in black people it can be easily, but falsely, argued that contemporary blackface isn’t racist as it is merely imitating a person as opposed to mocking them. But, to put it simply, just because you are being accurate doesn’t mean you aren’t being racist.

While blackface traditionally portrayed black people as child-like, contemporary blackfaces focuses on aggression and hyper-masculinity or in the case of that infamous Australian birthday party, a primitive nature. Both traditional and contemporary forms blackface allow the wearer to escape into an exotic world of behavior that is thought of as “unique” to blacks. Contemporary blackface is an offshoot of colorism that has always held that people with darker skin were aggressive and more masculine regardless of their gender. A non-black person choosing to dress as a rapper or pimp sees blackface as a necessary part of their costume. The pimp or rapper persona, for example, would not be complete without black male aggression. Hip-hop in particular is a genre that is so specifically black and male that anyone other than a black male needs the association of black males to be seen as authentic and taken seriously. Hip-hop, like sports is also one of the few arenas where darker skin is seen as beneficial and almost necessary to the genre, hence the mocking of lighter skinned rappers such as Drake. Since whiteness is viewed as the default in society and therefore the perfect balance, a white person could never fully depict the hype-masculinity of a rapper or even a female athlete (the Williams’ sisters being common costume choices) without the use of blackface.

images via
When it comes to female beauty standards and blackface, a non-black woman employing blackface is using the medium to depict the aggression and masculinity often attached to darker skin, a side effect of colorism. Dark skin bias affects dark women differently than dark men in that the bias robs her of her personhood by denying her of the possibility of ever being feminine which is still considered necessary, to an extent, to be considered fully woman in contemporary society. Hip-hop, for example, the same genre that mocks lighter-skinned black men, upholds the value of lighter-skinned black women. Blackface or brown-make-up is rarely used to depict female celebrities with lighter or even medium brown skin. A quick Google search for Halloween costumes depicting Serena Willams or the Williams’ sisters reveals a collection of blackface portrayals of the athletes, many of the costume wearers are men. A similar search for Beyonce reveals not as many costumes, with most of the wearers being black women, none of whom appear to be using lighter make-up to portray her.

Even high fashion, which is often credited with portraying darker skinned women like Alek Wek as regal and refined, has not managed to break away from the use blackface to portray a primitive, alien existence. 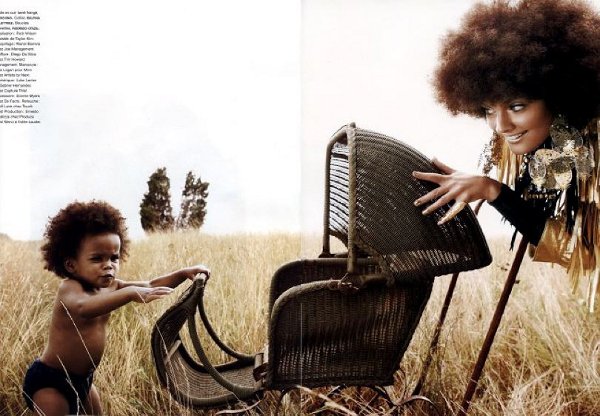 Constance Jablonski in the October 2010 issue of French Magazine Numero.

A non-black woman choosing blackface as part of her costume is doing so in order to portray the aggression and primitive nature often attached to darker skin, particularly in women, as a form of escapism. By employing the blackface she isn’t burdened with having to sacrifice her own femininity to portray the aggressive, masculine, primitive or hypersexual; the make-up does the job for her.

And, while different countries may have different histories, colorism still persists all over the world in many forms and people with dark skin are depicted in a variety of negative ways. Essentially, you don’t need to be well versed in American history to see why blackface is wrong. 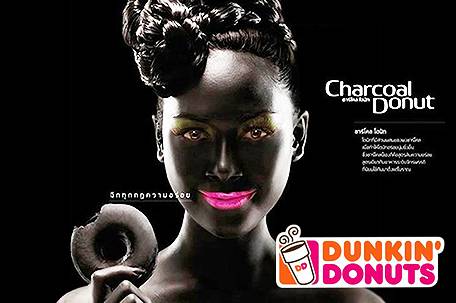 A Dunkin Donuts ad in Thailand.
SHARE
by superselected