Cosby Accuser Urges Acknowledgement That Some of His Alleged Victims Are Black. 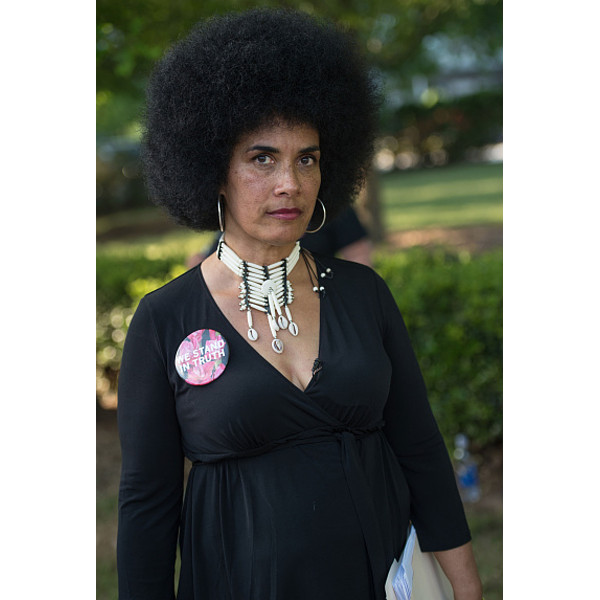 Artist, actress, activist and Cosby accuser Lili Bernard first spoke out about being allegedly assaulted by the comedian last year, during a press conference.

“I am coming forward to show my 6-year-old daughter to stand in truth, and to say that I have survived Bill Cosby’s drugging and raping me,” Bernard said. “I stand here to take back my power and to confront the fear that has paralyzed me for so many years.”

Bernard, who alleges that she was drugged and raped by Cosby during a stint as a guest star on The Cosby Show in the 90’s, is speaking out to the press again. In an interview with NBC News, she tackled the issue of race that has loomed over the entire situation — from the race of Cosby’s accusers, to statements he’s made in the past, claiming to be a victim of racial discrimination.

In a motion to dismiss that was filed last month in a Montgomery County, Pennsylvania, criminal court, Cosby’s attorneys wrote: “We cannot ignore the unfortunate role that racial bias still plays in our criminal justice system.”

Out of nearly 60 accusers, Cuban-born Bernard stands out as one of the few who are black women. Bernard points out that Cosby’s claims paint a picture of white accusers against the historically persecuted black man. This narrative essentially erases the black women who also accused Cosby and have also experience racial discrimination.

“What about us black women whom he sexually violated?,” Bernard asked.

“We’re talking about a man who serially raped at least 60 women and that’s where the focus must be,” Bernard added. “Race has nothing to do with it.”

Watch the interview below.