Cristo Rey. The Film Behind This Viral Image. 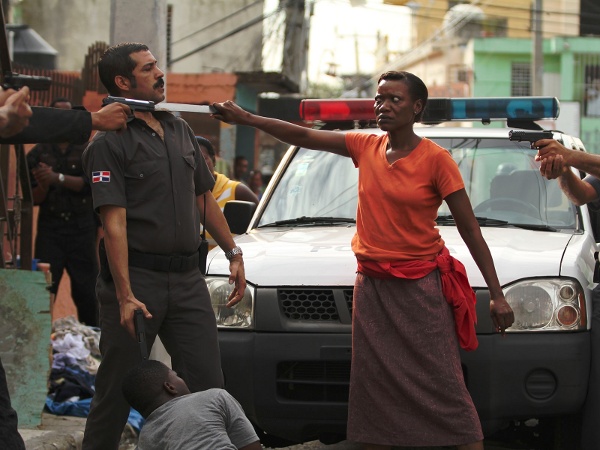 I kept running into this photo last week on Twitter, Tumblr and even Reddit. Most of the time, the captions were something along the lines of “Haitian woman defends her son from Dominican police”, implying this image is a recent one, in light of the current news regarding the status of Haitian immigrants in the Dominican Republic.


In actuality, the image is a still from the 2013 Dominican drama film Cristo Rey, which screened at the Toronto International Film Festival that same year. Written and directed by Leticia Tonos, Cristo Rey is the story of love, loyalty and conflict in the face of ethnicity, race and politics.

In a poor shantytown of Santo Domingo, Haitians and Dominicans struggle amidst a complex social and political context. Two half brothers, Janvier and Rudy, will get into a confrontation for the love of the same woman. Janvier, Haitian, is forced to join Cristo Rey’s drug gang. His job being to watch over Jocelyn, the young sister of El Baca, kingpin of the district’s gang. Rudy, Dominican, is Jocelyn’s ex boyfriend. He can’t bear to see his half brother Janvier spend time with her, he wants her back no matter what. Janvier and Jocelyn fall madly in love with each other and not having any foreseeable future in a neighborhood like Cristo Rey, they devise a plan to leave the barrio forever.

The film was released in Europe in January of this year, for updated release information check out Cristo Rey on IMDB.