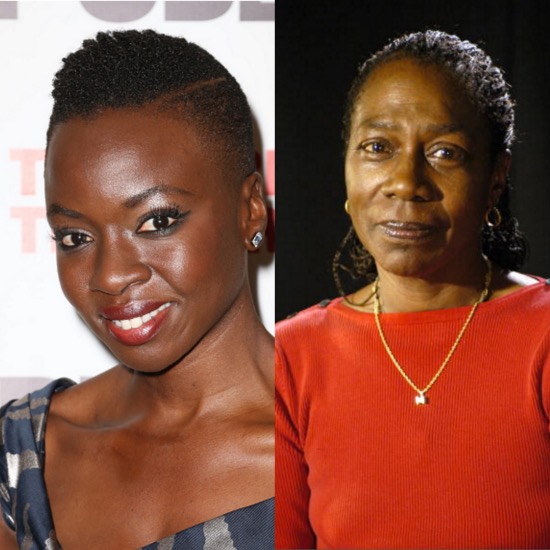 Actress and writer Danai Gurira has been tapped to play Afeni Shakur, mother of Tupac Shakur, in All Eyez On Me, an upcoming film about the late rapper’s life.

The film covers Tupac’s rise to stardom as a hip hop artist and actor, as well as his imprisonment and prolific, controversial stint at Death Row Records, where he was steeped in the East coast/West coast rap war. It took a long time for this film to make it to the start line. But the timing seems fortuitous after the out-sized grosses of another hip hop origin story, Straight Outta Compton.

All Eyez On Me is one of many hip-hop related projects that are now gaining major boosts thanks to the success of Straight Outta Compton.

Famed African-American filmmaker John Singleton had originally signed on to direct the film, but unceremoniously dropped out last spring, amid stories that he was set to produce his own competing project. Instead, Death Row Records affiliate and former Ruthless Records A&R head LT Hutton will produce the project alongside James G Robinson and David Robinson of Morgan Creek Productions.

Gurira who is best known for her role as Michonne in the hit AMC show The Walking Dead, also earned some serious accolades for her role in the 2013 film Mother of George. Eclipsed, a critically acclaimed play written by Gurira, which stars Lupita Nyong’o, will be heading to Broadway next month.