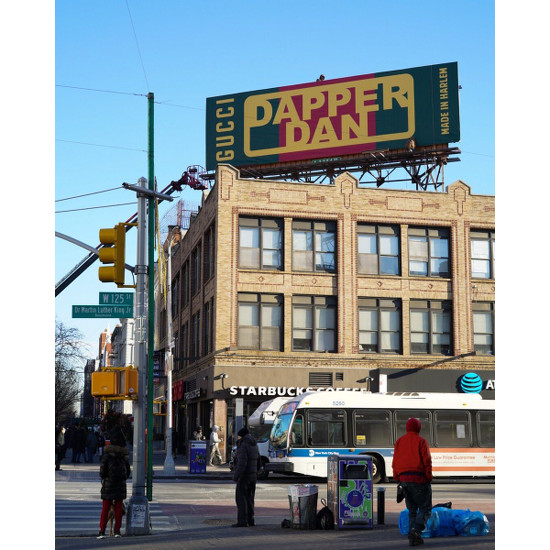 Legendary Hip-hop fashion designer Dapper Dan continues his collaboration with Gucci with the launch of a new Harlem-based boutique.

Gucci first announced plans for the shop, along with a Dapper Dan capsule collection, last September. Dapper Dan, aka Daniel Day, also hinted at the collaboration earlier that year in an interview with the New York Times.

Gucci began working with Day after facing backlash and accusations of appropriation back in May of 2017. Images from the luxury fashion house’s Cruise 2018 collection revealed a runway look featuring a jacket that appeared to be an nearly identical copy of an iconic Dapper jacket.

Gucci originally claimed to be paying homage rather than copying, but has since forged a collaborative relationship with Dapper Dan. Dapper Dan’s original Harlem store operated in the neighborhood from 1982 and 1992 and dressed the likes of LL Cool J, Mike Tyson, and Salt-N-Pepa.