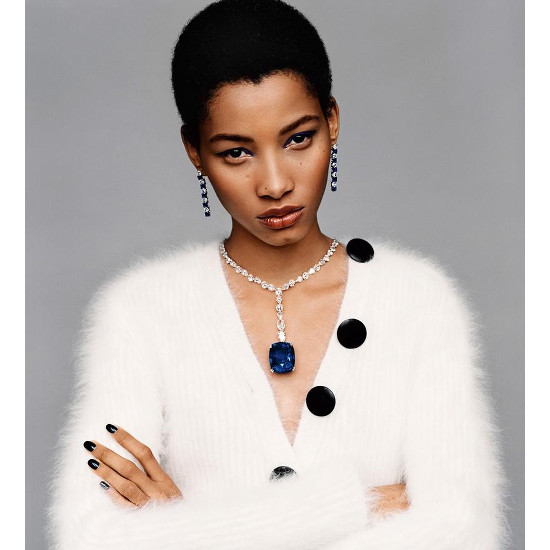 Ever since her grand debut at Prada’s Fall/Winter 2015 show, Dominican model Lineisy Montero has been taking the fashion world by storm.

That first show ignited a flurry of interest in the 19-year-old, who hails from Santo Domingo. Montero quickly filled her list of credits with a litany of campaigns and editorials, including Prada and French Vogue.

Lineisy’s appearance was not only a major leap forward for black models, but also for natural hair. She made her debuted as the only model sporting a TWA, in a sea of straight, slick ponytails.

Despite Lineisy’s success, diversity continues to be a problem within the fashion industry. As Business of Fashion pointed out, last week, this past month’s runways were roughly 79.4% white. Though I’m not sure if the number accounts for models like Montero and Joan Smalls who identify as both black and Hispanic. These numbers indicate that we haven’t seen any major attempts to narrow the massive diversity gap that advocates like former model and modelling agent Bethann Hardison has called out on many occasions. Models Naomi Campbell and Iman have also spoken out.

While Lineisy Montero’s epic list of bookings is definitely noteworthy, I’m not sure what it might mean in the long run. Odds are, we’ll be having this conversation again next month.